GLOBALWA.org / Our Blog / Microcredit Can Be a Life-Changer – But It Isn’t for Everyone 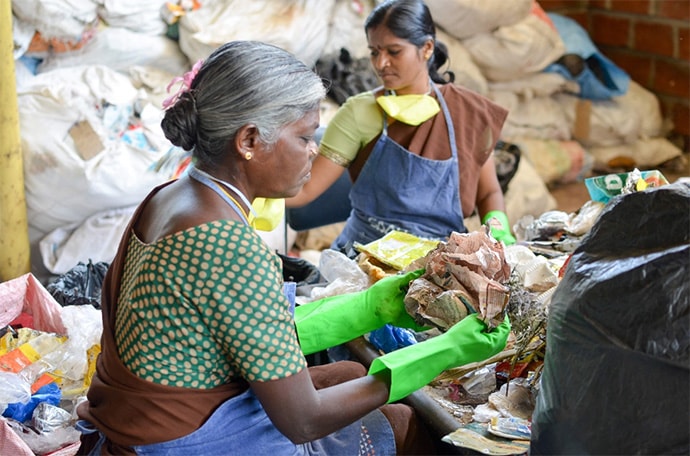 One person in every 10 is living in extreme poverty today, earning less than $1.90 per day. This figure has dropped significantly from 35% in 1990, but the issue remains a top priority of the UN Sustainable Development Goals (SDGs). Eradicating poverty (SDG 1) means finding more innovative, cost effective and scalable ways of reaching the last 10%.

Arguably, one of the more effective solutions to alleviating poverty in the past several decades has been microcredit, in which very small loans are extended to impoverished individuals. Microcredit has proven extremely effective in helping individuals, oftentimes women, become entrepreneurs. Given a microloan, a woman might be able to open a fruit stall at the market or sell handcrafted jewelry out of her home. When used properly, the potential of microcredit is remarkable and life-changing for those in poverty. But not everyone is a fit for microcredit.

In order for a person to succeed with a microloan, they must have their own entrepreneurial inclination. Starting and running a business is simply not for everyone. They also need the right resources, social connections, and knowhow. Access to the right supply chains and target markets for the product or service they plan to sell is crucial to their success. Additionally, microcredit lenders inevitably screen out people in the most critical levels of extreme poverty. Often times, extreme poverty is marked by malnourishment, insufficient shelter and hygiene, and extreme vulnerability to illness and natural disasters. If a person facing these critical conditions is given a microloan, it’s likely they will prioritize their next meal over their business, and rightfully so. But it’s for that reason that people in the most extreme poverty are often ineligible for microcredit.

People can lift themselves out of poverty if given the opportunity to generate their own reliable income. There’s dignity and pride in being able to earn and save to satisfy one’s own needs. For people outside the scope of microcredit who aren’t fit to become entrepreneurs, this crucial economic opportunity can come in the form of a stable job. It’s that old “teach a man to fish” adage that drives so many social-minded businesses around the world to hire and train extremely poor people, giving them reliable incomes through dignified jobs.

Take Saahas Waste Management, for example. Based in Bangalore, India, Saahas hires former “rag-pickers” – extremely poor women who would scavenge through hazardous landfills looking for items and materials that can be sold – and trains them to work in their recycling and compost facilities. Today, Saahas employs 1,900 people in Bangalore, many of whom entered the formal workforce for the very first time.

A survey of Saahas’s employees showed that their household incomes increased 88% on average after employment. 91% report that their income is more stable and reliable than prior to working for Saahas, and 99% of the surveyed employees now have an active account at a formal financial institution. As Saahas continues to grow, the number of jobs it creates will multiply.

Nurturing job-creating companies (SDG 8), and scaling these business models, can be the key to unlocking jobs for the 736 million people still living in extreme poverty worldwide. Upaya Social Ventures, a Seattle-based non-profit, finds social enterprises like Saahas that operate in the most marginalized communities around the world and are ripe to scale, while maintaining a focus on employing the extreme poor. Upaya provides investment and consulting support to help the businesses grow and monitors the impact of the jobs they create.

Finding investment capital is a key challenge for early-stage companies, particularly those that create jobs for the extreme poor. Microcredit loans average a few hundred dollars and are most effective when given to sole proprietorships, but businesses that can grow and create jobs for others need greater funding than microcredit lenders can provide. On the other hand, these businesses are often too small or risky for traditional banks and investors, creating a $930 billion financing gap for businesses that, with access to capital, could be employing millions of people in need of reliable income.

To date, Upaya has invested in 16 early-stage companies, a small fraction of the companies facing the early-stage financing gap. Those 16 businesses, however, have created over 13,000 jobs so far. While microcredit can be an effective one-to-one solution to poverty alleviation, supporting job-creating companies beyond the reach of microcredit can provide income opportunities for multitudes of people living in extreme poverty.

Both approaches are equally important, and neither microcredit nor job creation is a stand-alone solution. Every one of the key issues the SDGs aim to solve by 2030 require a multi-pronged approach. Ensuring that everyone who wants a dignified, sustainable source of income has that opportunity will help us reach the last 10% of people still living in extreme poverty.