Following is a transcript of Global Washington’s conversation with Anne Peterson. It has been edited for length and clarity.

Editor’s Note: Americares President and CEO Michael J. Nyenhuis participated in a plenary session at the 2017 Concordia Annual Summit in New York (Sept 18-19), on sustaining health services in insecure settings. One aspect of health that Americares has sought to elevate within the global community is recognition and care for the mental and emotional health of people who have been through traumatic events.

Why do you think that mental health hasn’t been getting the attention it deserves? What are the things that are lacking in a robust response? 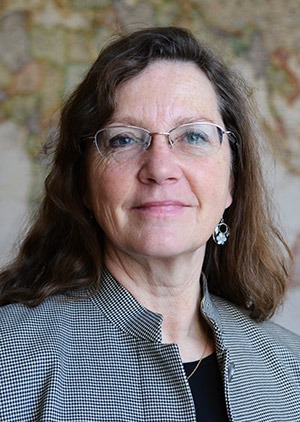 At Concordia in New York, we’re going to talk about refugees and their ongoing trauma, especially looking at how you integrate mental health treatment across different kinds of programs. Not only is there a need, but we’re able to measure things that we can do that make a difference.

I think that the health world for a long time only thought about physical health. When I think about my own training as a medical doctor, I only had one class on psychiatry, but nothing really on mental and emotional well-being. I think that the first exposure I had to mental health concerns in a global health setting was around HIV. For the people who received this life-threatening diagnosis, we realized we should be dealing with their emotional health and coping abilities, as well.

There are also child soldiers who need mental health support as they work to reintegrate into their communities. And, of course, in war you see post-traumatic stress disorder (PTSD), and as we started to measure it, we would see the difference it made on overall health outcomes. Slowly the global health community began to move from just seeing their work as preventing death, toward improving people’s lives.

I would also say that there’s growing evidence that emotional and mental health issues have mortality associated with them. Suicide, homicide… There’s a growing body of evidence we totally ignored before, but now we’re starting to capture it.

There are a few missing pieces in terms of a robust response: 1) How do we screen for and recognize emotional health needs, that is, when people are not coping? There are now depression questionnaires and other mental health measures. So, it’s easier to get the data once you start looking for it. 2) Many providers aren’t yet trained in screening emotional health needs, so helping them feel more comfortable with that is one of the gaps we need to fill. 3) Last, once you’ve identified mental health concerns, what do you do about it?

The first time I saw mental health response systematically applied was in 2005 after the Indonesia Tsunami. I was seconded to the Department of Defense, and they responded very well to the tsunami. They brought in their big ships and brought them up and down the coast. They delivered food and water, and they transported experts on the boat to different places. There was a Centers for Disease Control team working on water and sanitation. There were some mental health experts who came in and started trainings – they didn’t try to do the training themselves because of cross-cultural concerns, but they trained teachers and health workers to recognize when people weren’t coping very well. They also taught them active listening techniques to begin to address the underlying issues.

I was initially very skeptical of the mental health training. I thought, “How could they possibly make a difference?” Yet, when I left, there were two things the local people said were the most transformative in our response. One was the engineers onboard the ship who went and fixed their equipment that had been flooded out. The second was these mental health trainers.

Today, the World Health Organization has their mental health gap policies and procedures. It’s still predominantly geared toward clinicians who are looking for mental illness, but increasingly it’s included some psychosocial support methods. So we’ve got some tools. What’s been missing for me is taking those guidelines and applying them in different settings and then knowing you’ve actually made a difference.

We have less evidence that these interventions change people’s emotional coping skills. After the earthquake in Nepal we were very concerned about people’s response and ability to cope, especially as there were months of aftershocks. People were terrified to live inside their homes.

Americares began a program in communities that consisted of community dramas highlighting stories from the earthquake – how people coped or didn’t cope with what had happened. The other half of the program consisted of training local village health workers to provide one-on-one counseling for issues raised by the dramas. We reached tens of thousands of people in more than 400 communities, linking awareness of mental health and emotional issues with the ability of people to treat it.

As far as seeing what works, I said, “If I’m going to spend more than half a million dollars, I want to know that it’s making a difference.” That hasn’t been done systematically. We developed a step-wedge design, which means we measured the starting point in a number of communities but began the program in one community, and measured the impact, before starting in a second community. That way we had a time sequence where we could compare whether people’s coping and resilience was better in the communities where we started early versus those where we started later.

We’re in the middle of analyzing that data right now, but it’s looking pretty good, and we’ll examine which parts of what we did made the most difference.

In the Syrian refugee crisis Americares has been doing resiliency training for medical providers who are going in and out of Syria. They are seeing patients in the middle of a conflict zone, and they themselves sometimes get vicarious trauma. They see the patients who are hurt and hear their stories, and their own emotional trauma is huge. We get them to recognize their own trauma, as well as learn how to recognize and treat it in their patients.

In Jordan, Americares has a chronic disease program for Syrian refugees. They’re in a stable situation, yes, but they’ve come out of trauma and they may have emotional issues, as well. We have a couple of places where we are doing diabetes hypertension treatment, and we have another one where we’re adding in the mental health and resiliency. We hope to see whether improving their emotional response helps them deal better with their chronic disease. If they feel better about themselves, does it make them want to take control of their disease management?

Americares is looking at integration of mental health with chronic disease treatment across the board. We’re already doing an integrated approach with fistula treatment in Tanzania, both in refugee and non-refugee settings.

Was Indonesia the “Aha!” moment for mental health practitioners?

I was clued into it from HIV work I’d done in Eastern Africa in the ‘80s, but that was certainly the transforming point for me.

The global health community was focused for so long on just keeping people from dying. When I started my career, the mortality rate when I lived in Kenya in 1985 was 1 out of 4 children dying before the age of five. You’re thinking, “I’ve just got to stop these kids from dying!” You’re not thinking, “Are they feeling good about themselves?” It sounds mushy, but then we’ve made a lot of progress on dealing with deaths – both under five and maternal deaths. Then you start to realize that mind and body are not separate entities and you’ve got to treat them as a whole.

Not only does dealing with resiliency and coping have consequences for mortality, but it has to do with quality of life, as well. This is the idea that people will take better care of themselves if they’re emotionally healthy – realizing that it’s more effective, maybe even more cost-effective, to deal with those things together. If we want to spend less money on chronic diseases, maybe we should be talking to people about how they feel emotionally, and socially, and asking whether they have support systems, and all that. So I think it’s a gradual awakening as we work to support the whole person and not just think, “We’ve got to stop death.”

The theme of the Global Washington conference this year is Renewing Global Leadership. What are the skills that leaders need in the current global landscape – particularly in the health setting?

When I was at USAID, I represented the U.S. government in different forums. The U.S. plays an interesting role in global leadership. I often interacted with health officials from other countries who were vocal critics of U.S. policy. But when we posited the Global Fund, they took it and ran with it. The Bush Administration put PEPFAR together, and suddenly others started doing HIV/AIDS programming, including treatment. And, in fact, whether or not they agreed with you, if you did the right thing, and you led the way,  other countries would then come with you.

That was a really profound lesson. I think we need to do the same thing now. Continue to look at what needs to be done, make sure that the policy is a good one, and lead the way in doing the right thing. I’m pleased to see Mark Green has been confirmed at USAID. My experience with Mark tells me we have someone who knows, cares and understands. So I think we have the potential to continue to play a leadership role.

What about individual leadership skills. What’s most needed?

Diplomacy, listening and caring are really important skills.  One of the mistakes I have seen over the years is going in and saying, “We know what we’re going to do, we’re just going to do it.” That doesn’t build bridges, that doesn’t build consensus. You might be in the leadership position but you aren’t going to have many followers. But if you go in and listen, and you are diplomatic in how you interface, then you can begin to move forward.

There was a fascinating conversation at one of the GAVI meetings I recall. It was the day that the Millennium Challenge Corporation had been announced. It had just hit the news. Suddenly everyone started talking about the U.S. Administration. The strategy was based on giving money to places that are well-governed. People were so angry. For 40 minutes, instead of going into GAVI business, they just talked about this news. And then at one point, the Secretary of State from India said, “Now wait a second. We all know that if a place is better governed, every dollar that we put in works better, and has more effect.” Just with that comment, the conversation changed. And at the end everybody’s going, “Oh, this is a really great idea!”

He had taken facts and framed them for the audience – that totally transformed the conversation. That’s leadership.

It’s important to know the issues, know the people and what’s important to them. Listening and framing your arguments so that they will respond both for their own best interest and for the interest of those we serve. That kind of leadership can be learned – some people have those skills naturally.

My career purpose has always been to make sure that there is programmatic success that saves lives. Interfacing with my colleagues internationally, this has always been a strong leadership trait of mine that they respected and could trust me. They know that no matter the political posturing, the bottom line when they talk to me is whether something will be good for the people that we serve. They always knew where I was going to stand on an issue.