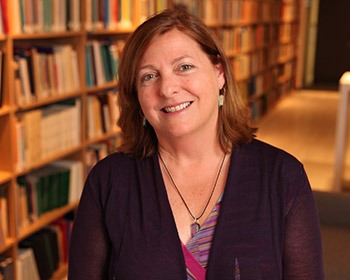 Martha Brady, the Director of Reproductive Health at PATH, a Seattle-based international health nonprofit, recently returned from the Family Planning Summit 2017 in London.

There were a number of new family planning commitments made at the meeting, including the announcement by Melinda Gates that the foundation would commit an additional $375 million over four years, a 60% increase in its family planning funding. PATH also revitalized its commitments from the previous summit, dedicating $10 million dollars over three years to “expand the contraceptive method mix in up to 12 countries by 2020.” New commitments were also made by Global Washington members Americares and International Rescue Committee.

Brady and her team took the lead in organizing a panel at the summit on how innovations in contraceptive products and delivery can advance the right of all women and adolescent girls to a range of options. Steve Davis, PATH’s President and CEO spoke alongside family planning leaders from Ethiopia, Kenya, Nigeria, and Uganda.

Following is a transcript of the conversation with Martha Brady, edited for length and clarity.

[Brady kicked off the conversation by highlighting essentials for women’s empowerment]:

There are three things research tells us are absolutely needed to empower women:

Without those three pillars, you can’t really have empowered women in society. The pillars all have to be present to varying degrees. Above all, though, education of girls and women is one of the strongest predictors of health—women’s health, children’s health, and family health.

It’s all interrelated. No countries develop economically without having addressed education in some profound way.

What were your hopes for the London Family Planning Summit?

People recognize how important reproductive health is for their economy, for prosperity. Their economies are going nowhere if women are not part of the workforce and also able to regulate their family size.

One of the specific things PATH wanted to do was highlight the importance of new contraceptive technology innovation and its appropriate introduction into low- and middle-income countries. PATH has vast experience in the reproductive health space—40 years—and we wanted to make sure that knowledge gets shared not just by us, but by our colleagues who are dedicated to this work.

Finally, it was hugely encouraging to see the emphasis on adolescent girls and young women at the Summit—which I’ve focused on for much of my career. We currently have the largest cohort of young people in world history. It’s really important what happens to them—particularly for girls, as individuals, but also for their societies, and their countries’ demographics and economies. Many of the commitments people made were a nod to that. It was the first time I’d heard that from any of these countries—they have very large young populations.

What struck you as most noteworthy at the Summit?

The first London Summit was five years ago. They announced a partnership between the UK Government, the Bill & Melinda Gates Foundation, UNFPA, and others. They said, okay we’re going to commit to reaching an additional 120 million with contraception in the world’s 69 poorest countries by 2020. Since the 2012 Summit, 30 million additional women and girls have begun using modern contraceptives. So we still have a lot of work to do.

The good news is that more of the European bilaterals are stepping up to cover the “Decency Gap” [a term first coined by Poul Nielson, the European Commissioner for Development Cooperation and Humanitarian Aid, at a speech in Tokyo in 2001].

Because of their key roles in financing for reproductive health, this year’s Summit was mostly focused on governments and donor organizations. After the main conference, there was a “Morning After” meeting that included more of the NGO community working on reproductive health issues.

The meta-message from the NGO group was that so many of us are trying to figure out how to work in a new reality. [The Mexico City Policy] has never been as deep or pervasive as this. NGOs will be looking to the European bilaterals for foreign assistance funding. The challenge is that the amount of money from European bilaterals, even with recent increases, is orders of magnitude smaller compared to the amount that USAID has traditionally contributed.

How have PATH’s corporate partnerships allowed you to expand access to modern contraception?

One example: A novel injectable contraceptive that we call subcutaneous DMPA, or Sayana® Press. It’s manufactured by Pfizer. Injected every three months, the product combines the drug and needle in the prefilled UnijectTM injection device. Its user-friendly design means that any trained person can administer it, including community health workers, pharmacists, and even women themselves through self-injection. The Bill & Melinda Gates Foundation, the Children’s Investment Fund Foundation (CIFF), and other donor organizations and partners, including PATH, have been working to increase access to this new injectable as one new option for women to choose from in low-income countries. Interest from more countries and users builds the volume, which enables the manufacturer, Pfizer, to reduce the price—fifteen cents off. So a dollar a dose went down to $0.85 a dose [wholesale]. Once the price is reduced, more qualified purchasers—including country governments and donors like UNFPA and USAID—are willing and able to buy it because it’s more affordable. So then we come full circle: more women are able to access the benefits that go along with this product, like more convenient access in communities.

PATH received funding from the Gates Foundation and CIFF to coordinate the initial Sayana Press introductions in sub-Saharan Africa, and we have also been conducting research on delivery methods, including self-injection. We have stuck with our “technical knitting” by generating evidence-based information that can help countries introduce this product in their family planning programs.

What do global health leaders need to be successful?

Inspiration, perspiration, caffeine. [Laughs]. Partnerships are increasingly important. Staying in your lane but thinking broadly—the big picture is important. Also you do have to be optimistic. Exercise and being outside helps. I’m based in Washington, DC, and I have to tell you, working in reproductive health can feel pretty disheartening these days. But you just have to remember that the health of millions of women and girls are counting on our collective ability to respond to their needs. This work is important now more than ever.