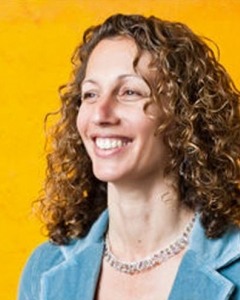 “The ultimate goal of communication is to facilitate a change in behavior rather than merely to disseminate information.” Easier said than done. But after six years as Landesa’s Global Communications Director and a long journalistic career, Rena Singer started her own strategic communications consulting agency and now stresses that often. She mentioned it on October 12 while leading Global Washington’s latest Executive Director Roundtable.

Singer connects brain science, communication and culture. Knowing how to best grab an audience’s attention means understanding the science behind the inner workings of the brain. Singer cited The Narrative Project in her presentation. The Narrative Project interviewed over 1,000 people in the US, UK, France and Germany. They wanted to know if attitudes regarding global development were negative or positive, generally speaking. They asked questions like, “Do poor countries tend to stay poor?” and “Over the past 20 years has foreign aid made a difference?” Over 70% of respondents answered negatively. Singer went on to share tips on how to challenge and reverse this inherent cynicism, and promote optimism within the global development sector.

Four important focuses of language derived by The Narrative Project are independence, shared values, partnerships and progress. Nonprofits often exist to help people become independent. When a term such as “foreign aid” is used, an outsider may become overwhelmed and feel they are being asked to “aid” an entire community; the focus being on aid and dependence rather than on the actual goal of independence. Furthermore, nonprofits must illustrate how human desires for things such as good health and access to education are shared by people in every country across the globe. This is where shared values come in. A term like “hopeless suffering” often does not allow for the audience to relate to the subject. Singer suggested using a term such as “wasted potential” to avoid that problem.

Partnerships are also an important talking point when illustrating the impact of the global development sector. We are not merely providing a Band-Aid for global issues, as many pessimists may believe. So it is important to remind our audiences that NGOs work in partnership with the communities in which they work. Illustrating statistical progress can also show tangible results, and possibly convince a pessimist that our world really is improving from the global development work being done.

After establishing strategic rhetoric, organizations must attack “default mindsets,” as Singer puts it. A default mindset is how an individual organizes their thoughts. Singer shared an example of a discussion she had with two Landesa partners in India. She was talking to them about a project when almost immediately the two partners appeared to lose interest. She asked them why, and they told her that she mentioned the project being connected to the Indian government. Their “default mindset” was skepticism of their government, which led to them tuning out of the conversation. Singer explained the importance of knowing the biases of one’s audience in order to best challenge their preexisting doubts.

Singer closed her presentation by encouraging attendees to think about their passions. Often, an organization may jump straight to asking people to get involved or donate money, forgetting about why they are even asking in the first place. People who work in this sector are so passionate about the issues they tackle, and we must use this to our advantage. By conveying one’s frustration with an issue while simultaneously sharing one’s hope for change, we are creating human connection.