Home / Our Blog / Nepal Snapshot: After Quake, Orphans Return Outside

Nepal is a country on edge.

For the second time in less than three weeks, people have taken to the streets to sleep. Buildings have been destroyed. People have died.

Tuesday’s 7.4-magnitude quake dashed hopes that the aftershocks were over and that Nepal could rebuild in earnest. People remain nervous about where and how to live – whether they should gamble on returning inside, or brave the elements outside.

Many of Nepal’s young people, however, are trying to make the best out of a tense situation.

At the ROKPA Children’s Home, an orphanage in Kathmandu, the kids have shown amazing resolve in the face of a difficult situation. The orphanage is run by a nonprofit organization that also runs the guesthouse that serves as Medical Teams International’s in-country base. 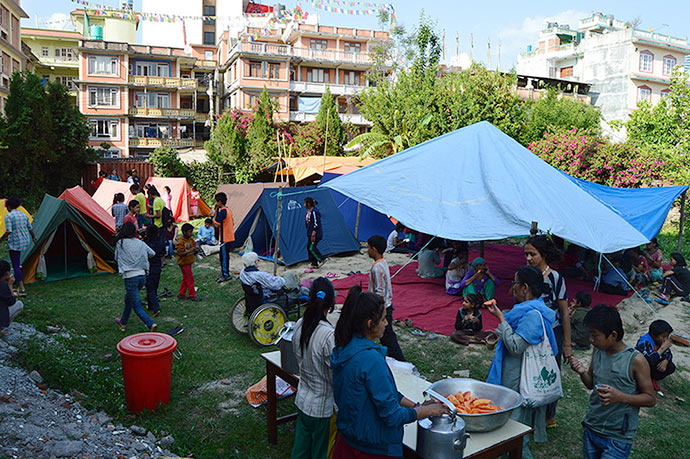 The orphans of ROKPA Chidren’s Home camp outside following Tuesday’s quake in Nepal.

After Tuesday’s quake, the children were rushed from next door to ROKPA Guesthouse’s backyard, where tents and cooking stations were quickly arranged. This was a repeat of what happened after the April 25 earthquake, when the kids were forced to do the same thing.

MTI was privileged to meet some of these kids, whose smiles masked the anxiety they expressed. When asked how she felt when the earthquake struck, 14-year-old Sabida said, “We thought we’d die.” 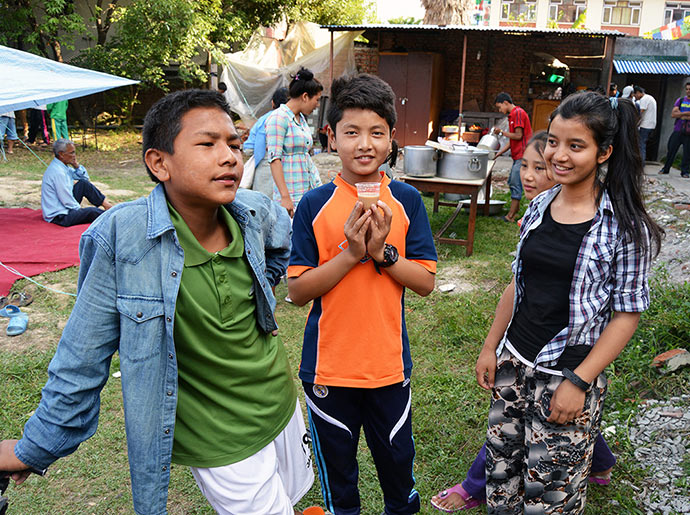 Sabida, right, and her friends said the second earthquake scared them almost as much as the first.

They feel safer outside, even if life there is an inconvenience. The kids try to find fun things to do. They mingle a little with the guests of the hotel, including members of MTI’s team, sing songs and generally horse around.

Like thousands in Nepal, it will be their second time in a short period living outside because of unease. Safety, security and good health are all uncertainties. Despite all of that, they maintain a positive attitude, even when the answer to the question of “When do you think you’ll return to the home?” is “I don’t know.”

For the past two weeks, MTI has been conducting health assessments throughout the rural areas of Nepal. We plan on continuing our work in the long term and having a lasting presence in the country. Your donations matter greatly in keeping the people healthy and happy.