GLOBALWA.org / Our Blog / Who Can You Trust With Donor Dollars?

Who Can You Trust With Donor Dollars? 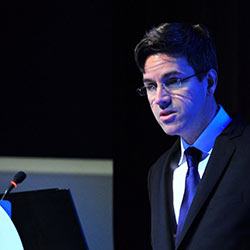 Trust matters, and when it breaks down, bad things happen. This plays out on many levels. We trust that police will protect, not harm, citizens. We trust our elected officials will act in our best interests. We trust that a coach will make the right call to lead our team to victory.

Trust is also critical in the world of philanthropy, especially when giving to causes and communities that are half a world away. Donors often cannot see the results of these investments firsthand, and the work happens in places that can be rife with corruption and political instability, where poverty is entrenched and its causes are complicated.

The world of global do-gooders is littered with high-profile flops, which further strains trust. Just last year, both Invisible Children, which created the wildly popular viral Kony 2012 video, and the Somaly Mam Foundation, named after the much-lauded campaigner against international sex trafficking, announced the end or radical downscaling of operations. These announcements followed very public criticisms of their claims and impact, and dramatic funding backlashes.

So who can you trust? For donors giving money to international causes, whether it’s $5 or $5 million, the question is critical.

We at Seattle International Foundation (SIF) grapple with this question every day, working tirelessly to answer it for donors who entrust us with their resources. Here are tips that every donor should consider when contributing to global causes:

As Seattleites determine giving priorities for the coming year, we encourage you to donate strategically and generously to local organizations that work across the globe. Fighting global poverty can start with you, right here in Seattle. That’s advice you can trust.

Mauricio Vivero is the founding CEO of Seattle International Foundation.