Divestment – as in, divestment from fossil fuel industries – is a relatively hot topic nowadays. It’s sometimes difficult to determine whether the prevalence of the debate is limited to liberal-leaning groups or if the conversation is a broader one. But with the recent success of the divestment movement at Stanford University, it’s evident that momentum is gaining. And, knowing the consequences of climate change, it’s apparent that this momentum needs to be universal.

Mainstream culture and media has raised awareness for the frightening future of unattended climate change – see records of rising sea levels and accounts of withering rainforests. Yet, little has changed when it comes to the practices which perpetuate environmental decline; there has been an insignificant amount of reconsideration among people when it comes to their behaviors. In light of recent studies, however, it seems that there are well-founded reasons to have a more pressing sense of urgency about this issue. 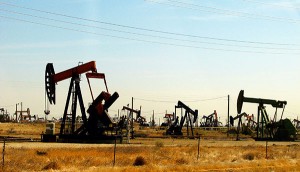 “Our current models ‘grossly underestimate’ the economic damage that will be wrought by climate change,” according to British climate change economist Lord Nicholas Stern. Stern, alongside one of his colleagues, has revised the current analysis system, the Dynamic Integrated Climate-Economy (DICE) model. His new model befits a more realistic and less simplistic view of how economies grow, which is a critique often made of the DICE model. The results of these modifications yield far more severe projections as to what the effects of climate change will be on the international economy.

“Stronger storms can damage infrastructure; sea level rise can force people to abandon homes, businesses or equipment; and climate damage can channel more investment into repairs and away from creating new capital.”1 This, coupled with a higher consideration for “tipping points,” occurrences in which climate change in greatly accelerated by its own compounding effects within certain ecosystems, led Stern to suggest that climate change will be far more impactful on our means of production than the human race currently considers it to be. Furthermore, these impacts are far more imminent than one might hope, with global living standards projected to peak before the end of the century and very quickly decline thereafter.2

In regards to how this may affect people throughout the world, it’s a fairly intuitive deduction that developing industries will be less able to adjust their industrial methods in the event of necessity, such as crop failure, drought, or adverse situations wrought by compounding economic effects stemming from these occurrences. It’s also fairly intuitive that the wealthier businesses and economies in the world not only have the capability to better withstand climate change, but also have a far greater capacity to combat it through more environmentally-friendly technologies and better business practices. Thus, we, the parties concerned with alleviating systemic poverty and creating partnerships throughout the global economy, should conflate the tandem issues of global poverty and climate change.

This is by no means a conclusive and all-encompassing argument for immediate fossil fuel divestment. Fossil fuels are an important part of economies throughout the world, and some even argue that divestment is not the most effective path to change. Christine Wood, a Vassar College (N.Y.) trustee with 30 years experience in the investment management field, argues that divestment only serves to leave institutions voiceless. “If you don’t own shares you’re not eligible to vote with a proxy, you can’t elect boards of directors, you can’t vote on proposals,” she says.3

Contrarily, others argue that, in light of historical precedent, divestment is in fact an effective practice. Evidence from the South African apartheid suggests that, while “ineffective in a financial sense, [divestment] can have an impact by shaping public discourse.”4 Similarly, the current divestment movement taking place at Harvard notes that, “The aim of divestment is not to drive these corporations out of business. It was never the intention of Harvard’s South African or tobacco related divestments to eliminate industries…instead, divestment aims to expose corporate attitudes and change corporate behavior.”5

Regardless of how one views the ongoing debate about the best way in which to approach the problem of climate change, the only wholly wrong thing to do at the moment is to do nothing at all. Paradigms must change and actions must follow; regardless of how change should happen, research and deduction demonstrate that it needs to happen. This is an issue which very significantly and very literally impacts the global economy as we know it. As World Bank President Jim Yong Kim urged, “Be the first mover. Use smart due diligence. Rethink what fiduciary responsibility means in this changing world.”6

This means that each of us needs to consider the ways in which we utilize resources as individuals, as businesses, and as a culture. This means that we need to reconsider the practices we undertake, the groups we invest in, and perhaps, some groups which we don’t yet support. By “us” and “we,” I refer to those currently reading this post. We, who have a relatively vast command of resources, interact with powerful social structures, and who have a passion or an aim for social justice; those who, by merit of investing the time to read this, have expressed an interest in being a responsible global citizen.

Change is not easy. However, if anyone’s intentional and unified action has a capacity for significant, real world change, it is ours.