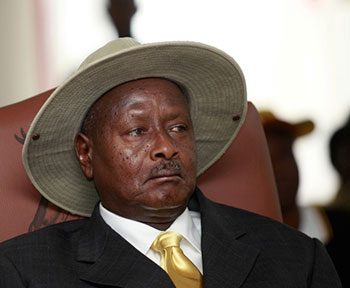 When Ugandan President Yoweri Museveni signed an anti-gay law in late February that effectively criminalizes the LGBTI community of over half a million people and any who support it, he sent a strong message to the world. Now, one of his spokespersons is tweeting provocative responses to the world’s reactions, including such missives as “The West can keep their ‘aid’ to Uganda over homos; we shall still develop without it.”

A law promoting bigotry of this magnitude and forcing the opinion and compliance onto its citizens is a sad step backwards for a country that has had a recent history of promising growth.

The law, called the Uganda Anti-Homosexuality Act of 2014, was passed by the Ugandan parliament to place practicing homosexuals in jail for life instead of the original death penalty proposal in December.  The law mirrors the appalling treatment of the LGBTI community seen in many regions in Africa, notably in South Africa, where “corrective rape” is used to systematically rape or sexually assault perceived or actual gay women and men in order to ‘cure’ them of their homosexuality1. Ironically, South Africa is one of the only African countries to allow gay marriage. 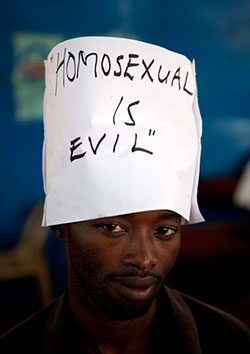 The Uganda law effectively paralyzes global aid flowing to the country, and many countries are demonizing Uganda for its stance against the gay community. Multiple countries have responded quickly to the vote. Denmark, the Netherlands, Norway and Sweden have cut or re-directed over $20 million in aid5. The World Bank, recognizing the strain the law will put on Ugandan health efforts, approved $90 million to be issued to Uganda’s health and family planning sector2. While the U.S. is assessing how it will proceed with aid to Uganda, Secretary of State John Kerry has acknowledged problems the law will create, such as how those with HIV/AIDS could encounter trouble receiving treatment.

On the other hand, some non-western pundits pointed out the west’s hypocrisy when it comes to gay rights. In a February column, Aljazeera’s Azad Essa noted that even the U.S. has not embraced gay rights nationwide4 as recent headlines from Arizona legislation and others like it are still commonplace in some states’ legislatures.