GLOBALWA.org / Our Blog / And the 2014 Global Social Entrepreneurship Competition Winners Are . . .

And the 2014 Global Social Entrepreneurship Competition Winners Are . . .

Thursday, Feb. 27 – the day most Global Social Entrepreneurship Competition (GSEC) teams were nervously anticipating – had finally arrived. After four days of coaching, judging and presenting, the competition prize winners were announced during the University of Washington’s GSEC Award Banquet at the Grand Hyatt Seattle.

This year’s competition was the 10th annual GSEC, hosted by the Global Business Center at the UW Michael G. Foster School of Business. The GSEC provides student teams from around the world with a platform to present their business plans to a panel of judges as well as to the public, compete for prizes, and most importantly, raise awareness about some brilliant initiatives that can provide solutions to some important global problems. 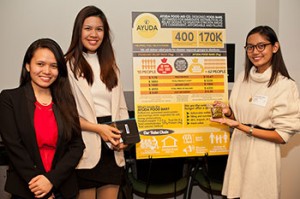 Before the banquet began, GSEC teams had a final opportunity to present their plans to the evening’s attendees. The Grand Hyatt was buzzing with excitement as young entrepreneurs spoke with expertise regarding their concepts. As I walked through the event, I was met by many teams, both finalists and semi-finalists, eager to teach me about their business plans. Some were disappointed at not being selected to move on in the competition, however, they were not walking away from the GSEC empty-handed.  They acknowledged the invaluable mentorship and guidance they had received by judges throughout the competition. The teams that were chosen to move on spoke with fervor about their plans while nervously anticipating the announcement of the competitions prize winners.

As the award festivities commenced, teams realized they were moments away from making their business plans a reality. The awards were as follows: 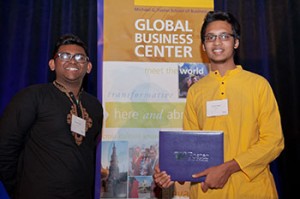 In my opinion, all of the semifinalists brought to the GSEC viable solutions to some of the world’s most pressing issues surrounding poverty and disease. It is comforting to realize that today’s college students have the skills and talent necessary to come up with such creative ideas.