GLOBALWA.org / Issue Brief / What Will It Take to End Modern Slavery?

What Will It Take to End Modern Slavery? 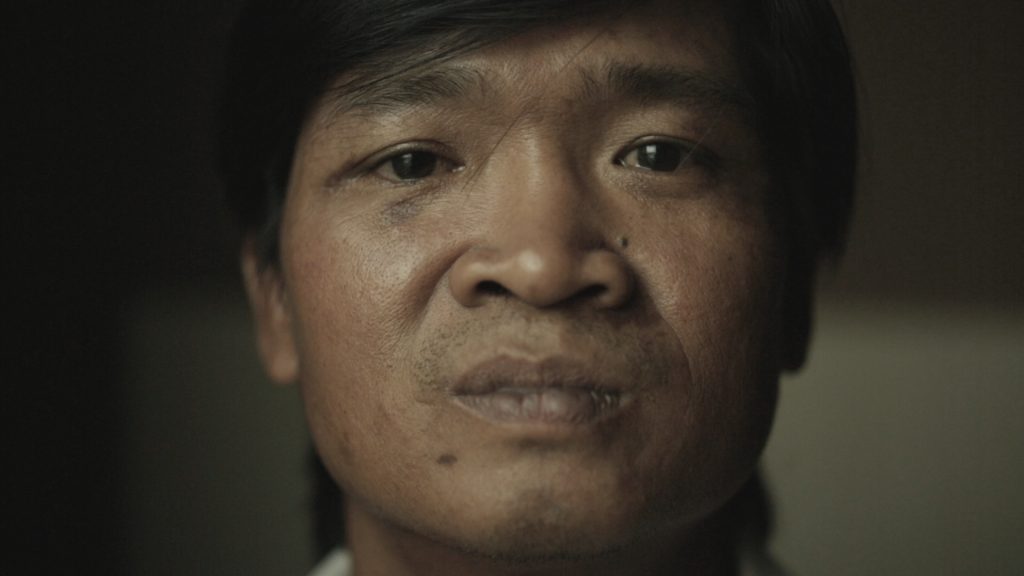 We often think of slavery as a scourge of the past, something that developed countries, at least, abolished centuries ago. But devastatingly, slavery continues to thrive around the world, in both rich and poor countries – so much so that it is addressed in three of the UN’s Sustainable Development Goals (SDGs) for 2030. Today, we call it human trafficking.

Although the term often evokes the idea of victims being smuggled across borders, human trafficking is much more than that. It is the exploitation of people – usually girls and women – through force, fraud or coercion for labor, sex, marriage, organ removal, illegal adoption, begging or other purposes.

In January, the UN’s Office of Drugs and Crime (UNODC) said that the number of trafficking victims being reported by countries is increasing. However, it’s difficult for the agency to say if that trend reflects an actual increase in victims or if countries are just doing a better job at detecting and reporting them. Either way, we are far from a complete and accurate picture of the global scale of trafficking, but what we do know is bleak.

The latest UN estimate says that at any given time in 2016, there were 40.3 million victims of human trafficking around the world. In other words, more people than are in the entire state of California are being subjected to modern slavery, including nearly 25 million people in forced labor and 15.4 million in forced marriages.

The UNODC report says that the vast majority of detected trafficking victims – 72 percent – are women and girls, most of whom are being trafficked for sexual exploitation. However, 35 percent of victims who are trafficked for forced labor are also female. That’s why SDG 5, which aims to “achieve gender equality and empower all women and girls,” includes as Target 2 to “eliminate all forms of violence against all women and girls in the public and private spheres, including trafficking and sexual and other types of exploitation.”

Although trafficking is a global problem, the predominant forms of exploitation and profiles of victims vary by region. In East Asia and the Pacific, both women and girls are primary targets for sexual exploitation. In North America, South America, Western and Southern Europe as well as Central and Southeastern Europe, adult women face the highest risk of sexual exploitation, while in Central America, it’s girls.

Men, women, girls and boys are all at high risk of being trafficked in South Asia. For men, it’s mostly for forced labor, while for women and children it’s for both labor and sexual exploitation. Similarly, in North Africa, adults and children of both genders are targeted by traffickers, but there, it’s primarily for begging, organ removal and other forms of exploitation.

According to the UNODC, most trafficking victims are detected in their home country. However, the highest number of victims detected outside their home region are from East Asia and sub-Saharan Africa. On the receiving end, wealthy countries – especially in Western and Southern Europe and the Middle East – have the largest shares of trafficking victims from other regions.

So, what’s driving this global epidemic? In many cases, traffickers capitalize on potential victims’ desire to migrate for better conditions. Increasingly, that desire is driven by conflicts, which have destabilized governments, threatened the physical safety of civilians, eliminated economic opportunities and pushed many families into poverty and hunger. Weak rule of law and depleted resources create ideal environments in which traffickers can prey on desperate people.

But trafficking is also a lucrative operation. In 2014, the International Labour Organization (ILO) reported that forced labor generates $150 billion in illegal profits every year. Two-thirds of that is from commercial sexual exploitation, while the rest is from other forms of economic exploitation. Of those, construction, manufacturing, mining and utilities industries profited the most ($34 billion), followed by agriculture, forestry and fishing ($9 billion) and domestic labor ($8 billion).

Vulcan Productions – a film company founded by Microsoft’s co-founder Paul G. Allen and his sister, Jody Allen – recently brought to audiences the appalling realities of the modern slave industry. Their documentary, “Ghost Fleet,” follows Thai activist, Patima Tungpuchayakul, and her husband, Sompong Srakaew, as they risk their lives to rescue enslaved fishermen in Indonesia. Many were kidnapped from Thailand and Myanmar to “feed the world’s insatiable appetite for seafood,” including fish found in U.S. grocery stores.

Although the fishing and agriculture sectors are certainly responsible for a large share of slavery, the ILO noted in a 2017 report that, apart from sexual exploitation, domestic labor actually accounts for the largest percent (24 percent) of identified forced labor cases in the private economy. That’s because most countries do not protect domestic workers under their labor laws. Many coercive practices also occur in construction, which accounts for 18 percent of identified forced labor exploitation cases.

Perhaps the sector that has received the most attention for forced labor practices is manufacturing, where 15 percent of identified cases occur. In particular, small garment and footwear factories in South Asia have come under public scrutiny, as have electronics brands. But forced labor is also prevalent in many other forms of manufacturing that haven’t received as much attention, such as medical garment factories in Asia that rely on migrant workers or technology companies that use minerals in their products mined from conflict zones.

But most companies don’t even know if slave labor is a part of their products’ supply chains. That’s why organizations like Made in a Free World have decided to catalyze large-scale change with tools to promote transparency. Their software platform, FRDM (pronounced freedom), is a global database that helps companies map their supply chains to make sure they’re in compliance with national and international regulations on human trafficking and child labor.

Certainly, companies and consumers have a responsibility to exercise due diligence, but governments and the international community also play a critical role in tackling this gross human rights problem. That’s why Target 7 of SDG 8, which promotes “decent work for all,” calls on countries to “take immediate and effective measures to eradicate forced labor, end modern slavery and human trafficking and secure the prohibition and elimination of the worst forms of child labor, including recruitment and use of child soldiers, and by 2025 end child labor in all its forms.”

One step toward doing that is captured by SDG 16, which aims to “promote peaceful and inclusive societies for sustainable development, provide access to justice for all and build effective, accountable and inclusive institutions at all levels.” Well-functioning institutions are absolutely necessary for detecting human trafficking victims, reporting cases and convicting perpetrators. Target 2 of the goal calls specifically for an “end [to] abuse, exploitation, trafficking and all forms of violence against and torture of children.”

In many countries, exploitation goes unreported because victims don’t know how to take legal action against their abusers. The World Justice Project launched the SASANE Paralegal Training Program in Nepal, in order to address that issue. The program, led by survivors, trained trafficking survivors to become paralegals, not only to help them gain financial independence, but also to equip them to help other survivors.

Overall, UNODC says that conviction rates have increased as the number of detected and reported victims have increased. This means that criminal justice systems are working. But many countries, particularly in Africa and Asia, still have very low numbers of convictions, as well as fewer detected victims. These figures suggest an environment of impunity that, if left unaddressed, could incentivize more trafficking.

That’s why it’s so important for the entire global community to work toward sustainable development on all fronts. Abolishing modern slavery not only requires tackling the issues that make people vulnerable to exploitation, but also building a world in which trafficking cannot continue.

The following Global Washington members are working to end human trafficking around the world.

Every Woman Treaty is a coalition of more than 1,700 women’s rights activists, including 840 organizations, in 128 nations working to advance a global binding norm on the elimination of violence against women and girls. The organization’s working group studied recommendations from the United Nations, the World Health Organization, and scholarly research on how to solve the problem of violence against women and girls, including trafficking and modern slavery, and found that a global treaty is the most powerful step the international community can take to address an issue of this magnitude. Learn more, sign, and support at everywoman.org.

The International Rescue Committee’s anti-trafficking programs strive to provide timely, high-quality, comprehensive services to survivors of human trafficking. The IRC also works to improve the community response to survivors of trafficking by providing training to local service providers and allied professionals and working to enhance collaboration and coordination among multi-disciplinary professionals on behalf of survivors of human trafficking. The IRC’s goal is to help survivors build lives for themselves that are free from abuse and exploitation. rescue.org/united-states/seattle-wa

Resonance is an international development consultancy focused on igniting opportunity in emerging markets. The firm works with companies, NGOs, finance institutions, and international donors to develop new business models and innovative partnerships that improve governance and sustainability outcomes. As part of our work across a number of sectors, Resonance has extensive experience creating shared value public-private partnerships to combat trafficking and reduce supply chain vulnerability. We are currently engaged with USAID on Counter Trafficking in Persons (CTIP) projects in Thailand and across Southeast Asia to address forced labor in the seafood, agriculture, construction, and domestic work sectors. Resonance also supports multinational corporations in their promotion of technologies that enable worker voice, enforcement of fair labor practices, and reduction of incentives for trafficking in their supply chains. resonanceglobal.com

The World Justice Project (WJP) is an independent, multidisciplinary organization working to advance the rule of law worldwide. Effective rule of law reduces corruption, combats poverty and disease, and protects people from injustices large and small. It is the foundation for communities of justice, opportunity, and peace—underpinning development, accountable government, and respect for fundamental rights. In addition to its research and data initiatives, WJP engages its global network to foster and support locally-led programs that strengthen the rule of law. Seed grants from WJP have supported programs like SASANE Paralegal Training for Trafficking Survivors in Nepal, which places certified paralegals in local police stations to provide frontline assistance for trafficking survivors. And in Kyrgyzstan, WJP recently supported a young lawyer working to end the practice of kidnapping girls for forced marriages. worldjusticeproject.org