GLOBALWA.org / Issue Brief / ACTION ALERT: Millions of Lives Are at Risk in Tigray

ACTION ALERT: Millions of Lives Are at Risk in Tigray 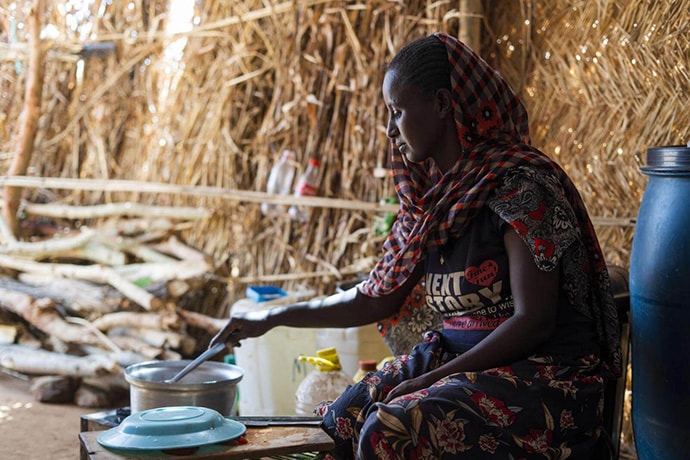 A woman named Aida cooks dinner for her family in the Um Rakuba refugee camp in Sudan. Photo: Ala Kheir for Mercy Corps.

Since late 2020 conflict has ravaged Tigray, the northern region of Ethiopia, causing tens of thousands to flee to the neighboring country of Sudan. Ethiopia, especially Tigray, has been afflicted with the three lethal Cs – conflict, Coronavirus and climate change. Through it all, civilians have suffered most. Since the war started, witnesses have reported numerous human rights violations, many confirmed by a U.N.-led investigation, of massacres, ethnic cleansing, and widespread sexual violence. Tigrayans are cut off from aid due to blockades and communication blackouts. There is no humanitarian aid going to Tigray, no banking service, no hospital services, and food aid is at its all-time lowest. Over 5.2 million people are in need of emergency food aid and over 400,000 facing famine as well as lack of healthcare creating a crisis of vast proportions.

The Tigrayan diaspora in the Pacific Northwest are mobilizing to elevate the humanitarian crisis in Tigray by holding rallies and working with different nonprofits to help during this crisis.

According to Yonas Demoz, a Tigrayan who we recently interviewed, “The humanitarian aspect of this is catastrophic. It’s really grave to the point where people are dying daily from not getting their kidney dialysis, not being able to feed and care for newborns in hospitals. People are dying from preventable diseases.”

Over 65,000 Tigrayans are now refugees in Sudan, where it is somewhat easier to get them supplies. Helen Gebregiorgis who lives in Seattle built a health clinic in the Tigray region, which is now cut off from receiving supplies. Helen is working to help women and children who have fled to Sudan. “It’s heartbreaking, but at the same time I have to keep going,” Helen said.

Tigrayans who grew up in Ethiopia, but now live in the Pacific Northwest are struggling to get word from their families in Tigray. Phone, internet, all communications have been cut off for the last 15 months and they fear the worst. Yonas, Helen, and others in Seattle saw the warning signs, but did not expect the conflict to escalate to this level of violence. And, they did not expect the inaction and silence from the international community.

Last October Voice of America produced a short documentary on the situation.

If you would like to donate, here is what’s needed:

The following Global Washington members are responding to this evolving crisis, and if you can, please support their efforts.