“With a value of between $7 billion and $23 billion each year, illegal wildlife trafficking
is the fourth most lucrative global crime after drugs, humans and arms.”
– Wolfgang Lehmacher, Head of Supply Chain and Transport Industries, World Economic Forum

Illegal wildlife trade is big business and business is booming, generating billions of dollars a year for global criminal organizations and undermining decades of wildlife conservation. The United States is the second biggest consumer of wildlife contraband after China. As a major U.S. port, Seattle is part of the network that moves illegal wildlife products. But Seattle is also part of the solution: tech companies, government agencies, higher education, and NGOs are on the front lines to strategically protect wildlife and reduce the demand and supply for illegally trafficked wildlife.

Join Global Washington, the World Affairs Council, Woodland Park Zoo, the Port of Seattle, and Vulcan for a discussion with Dr. Samuel Wasser, Director of the Center for Conservation Biology at the University of Washington, and Art Min, Vice President of Impact at Vulcan, on the scope of the problem and how Seattle is innovating to combat wildlife trafficking. Kerston Swartz, Senior Public Affairs and Advocacy Manager at the Woodland Park Zoo, will moderate the conversation.

As Vulcan’s Vice President of Impact, Art Min works to extend the reach and impact of Paul Allen’s catalytic philanthropy across current focus areas, including biodiversity, climate, combatting homelessness, and the arts. Art has a strong record of turning ideas into products, programs, and impact, as well as deep experience in market research, analysis, and evaluation frameworks. Prior to joining Vulcan, Art served as Vice President at Dell, and as an executive at leading technology companies. Art earned his Bachelor of Science in Finance from the University of Florida.

Dr. Samuel Wasser holds the endowed chair in Conservation Biology at the University of Washington, where he is a Professor in the Department of Biology and Director of the Center for Conservation Biology. He is acknowledged worldwide for developing noninvasive tools for monitoring human impacts on wildlife. Professor Wasser pioneered methods to measure the abundance, distribution and physiological condition of wildlife from their feces, relying on detection dogs to locate these samples over large wilderness areas. He uses these methods to address diverse conservation questions including impacts of poaching, oil development or overfishing on the well-being of multiple endangered wildlife populations. He also applies these tools to forensic analyses of transnational wildlife crime. He used elephant dung to assemble a DNA reference map of elephants across Africa, which is now widely used to determine the geographic origins of poached ivory. By comparing genotyped ivory to this reference map, he has been able to identify Africa’s largest elephant poaching hotspots, track the number and connectivity of major ivory traffickers operating in Africa, and uncover strategies that transnational organized crime syndicates use to acquire and move their contraband around the world. This work has led to prosecutions of major transnational ivory traffickers and nurtured key collaborations with the International Consortium on Combatting Wildlife Crime, INTERPOL, US Homeland Security Investigations, the Task Force on Combatting Wildlife Trafficking, US Fish and Wildlife Service, US Department of State and wildlife authorities in numerous source and transit countries across Africa and Asia. 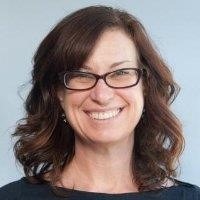 Kerston Swartz is the Senior Manager of Public Affairs and Advocacy at Woodland Park Zoo. She is very excited by the movement for zoos and aquariums to use their reach to impact local, federal and international policy on behalf of wildlife and habitats, including the effort to stop the senseless crimes of the illegal wildlife trade. Kerston graduated from the University of California, Davis in Communications, and earned a Masters of Public Administration with an emphasis in Environmental Policy from the University of Washington.

Commissioner Fred Felleman has been a conservation leader protecting the Pacific Northwest’s marine environment through research, photography, and advocacy for over three decades. He received his Bachelor of Science degree from the University of Michigan and his Master of Science degree in Fisheries Biology from the University of Washington where he studied the feeding ecology of Southern Resident killer whales.

Fred recognizes his primary obligation to protect industrial lands from encroachment in order for the Port to provide the broad-based economic opportunities that have supported the cultural fabric of the region. He also understands the importance of the Port being a good neighbor in order to retain the social license for businesses to succeed which requires a trained workforce that can afford to live in an increasingly expensive region that has grown detached from the working waterfront. He has long recognized the importance of sustainable fisheries and the need to work with those who depend on the marine environment to advance its long-term health.

Fred is acutely aware of the nexus between environmental protection and social equity. He has led efforts to reduce the Port’s carbon footprint by installing solar arrays on Port buildings and advancing the use of sustainable aviation fuels. He has also worked with cab and drayage truck drivers to minimize the impacts of environmental challenges as well as with communities neighboring the airport and Duwamish River.

Ultimately Fred is committed to elevating the profile of the Port so the public can better appreciate the diverse economic opportunities the Port offers the region.

Fred grew up in New York and has lived in Ballard since 1990 where he raised his son and continues to stay close to the briny source of his motivation for public service.

Thank you to our event sponsors:

This event is free to attend but registration is required.