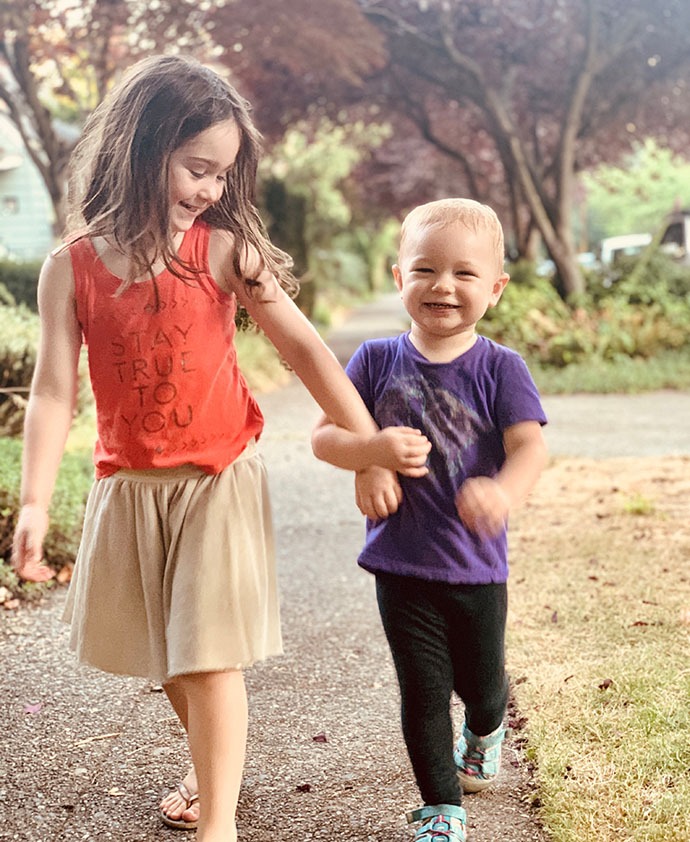 My youngest daughter – the fearless, smiley, increasingly opinionated one – turned two this month. The moment got me thinking, as birthdays tend to do, about progress and goals and the passage of time. How is she already two? What values do I want her to embrace? Am I being intentional about how I help to instill those values and draw her attention to the most important things in life?

That night I wrote her a letter. It was a long one, filled with my ideas on what truly matters in this world, the skills and curiosities I hope to nurture in her on this journey, and the commitments I am making to her about the mom I am going to try my best to be. The letter is a tradition I began with my oldest daughter. It’s a promise. It is also a guide and touchstone for me throughout their lives that will keep me focused on what is most important.

Now the hard work begins – the work to invest my time and resources in the right places to achieve the goals I’ve set out for myself as their mom, to track my progress, and to hold myself accountable to the promises I’ve made to them.

That night I put the letter in an envelope, adding “TO BE OPENED WHEN YOU ARE 16” in block letters on the front. My thought being that by that age she’ll have an appreciation for the words and their meaning, and it will be fun for both of us to read the letter together. As I was slipping it into a sleeve of her baby book I stopped, thinking: if I pack this away, will I remember what I’m supposed to do?

Interestingly, I’m having a similar feeling about this moment in gender equality.

The Generation Equality Forum, a global gathering convened by UN Women and co-chaired by the governments of France and Mexico, is now behind us. An event crafted to spur irreversible progress toward gender equality over the next five years, Generation Equality was designed to be a global inflection point, a catalyst for action. And there is now momentum, to be sure. Inspiring speeches by youth leaders and heads of state have been made, countless Action Coalition sessions have been held, six blueprints for action have been negotiated, and over $40 billion in commitments have been pledged. Yet I’m certain I’m not alone in asking, “so now what?”

We’ve been here before. The First World Conference on Women took place in Mexico in 1975, the year I was born. The World Plan of Action that resulted provided governments with a framework meant to drive equal access for women to critical resources, such as education and employment. Mexico set the stage for Copenhagen in 1980, and Nairobi in 1985. Then came the Fourth World Conference in Beijing in 1995, the moment of Hilary Clinton’s landmark “Women’s Rights are Human Rights” speech. The Platform for Action that emerged called for the empowerment of all women. It also noted that its success required a strong commitment on the part of governments, international organizations and institutions at all levels, as well as new and additional resources.

Twenty-six years later, despite the countless speeches, commitments, frameworks, coalitions, programs and initiatives, here we are re-igniting the torch once again. The 2021 Generation Equality Forum resulted in a Global Acceleration Plan, a title clearly recognizing that while action may have long been the goal, we are not moving quickly enough.

There are countless depressing statistics to be found that illuminate the lack of progress – the risk women face of sexual violence, the burden they bear in terms of care, and the uphill battle they must wage to achieve equality in the workplace. On each point, COVID has set us back even further. The fact that, based on current progress, women will not achieve pay or leadership equity with men for at least another 135.6 years feels so ridiculous it is almost impossible to explain to my girls. But this is the one that really gets me: a recent survey by the IBM Institute for Business Value found that “advancing women is not a top priority for the majority of global organizations.” 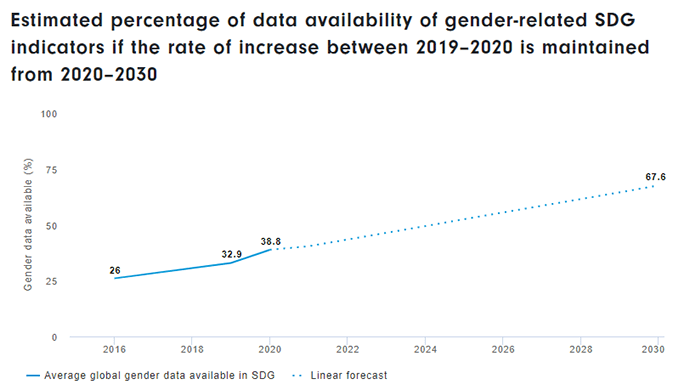 Rhetoric is one thing. Real progress is another.

And I’m not talking to the organizations out there who have been slogging in the trenches for years, doing all the right things, and moving the ball forward deliberately and incrementally. I’m talking to those for whom GEF was a forcing function and a scramble that spurred the pulling together of deliverables and the crafting of headlines as a first step, rather than a last. Those organizations must now do the hard work to chart the course from commitment to outcomes and build the scaffolding necessary for success. This means intentionally defining processes to establish the baseline for their commitments, track their progress, analyze their results, and establish measures for accountability.

All of this work requires data. Not just any data, but gender-disaggregated data, which breaks down differences in impact across genders and reveals inequality so that we can better tackle it. We know that better data leads to more equitable, gender-informed policy, and that more effective policy produces better results. Yet, only 13% of the 193 UN Member States have data for at least half of the SDG gender indicators. This is an indication of how far we need to go to ensure the commitments that were made in Paris are built on solid data and achieve real results. 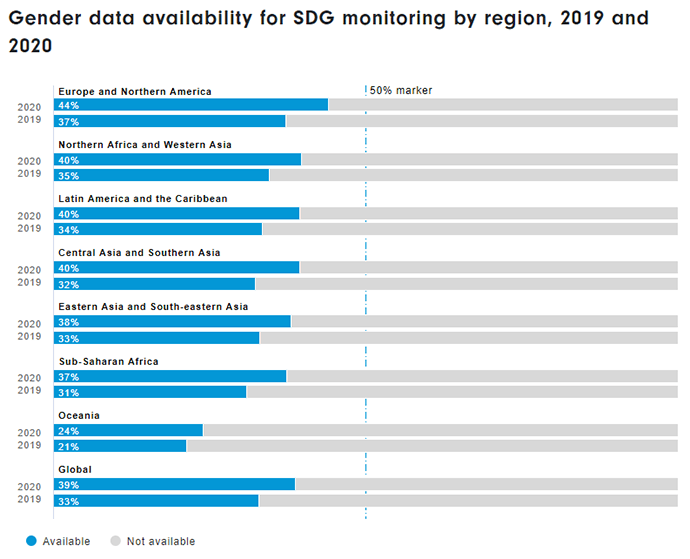 As Emily Courey Pryor, the brilliant Executive Director of Data2X*, and I wrote recently, governments, businesses, foundations and civil society leaders alike must commit to:

The Brookings Institution takes this advice a step further, noting the need to make data more accessible, and to use it to engage stakeholders and start a conversation that begins to shift the power and decision-making to those who should be at the heart of the work.

As every parent knows, in the mad rush of daily life, enough time is the one thing that always feels slightly out of reach. Consistent and steadfast intentionality is critical to accomplishing big goals. My little girl, with a ton of leadership potential I might add, doesn’t need a bunch of promises written on lined paper sitting in an envelope in a dusty drawer for the next 14 years. She needs me to keep the letter taped to the fridge where I can see it, execute against it, keep track of my progress, and hold myself accountable. Every day.

She also needs, and deserves, the leaders of the more than 1,000 governments, companies, foundations, and civil society organizations who made pledges in Paris to do the same.

*Data2x is an APCO Client