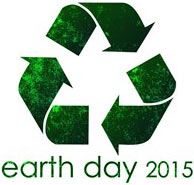 The first Earth Day took place on April 22, 1970 and is widely credited with launching the modern environmental movement. After witnessing the devastation of the 1969 oil spill in Santa Barbara, California, Gaylord Nelson, a U.S. Senator from Wisconsin, was inspired to mobilize citizens to force environmental protection onto the national political agenda. Nelson persuaded Pete McCloskey, a fellow congressman, to serve as his co-chair and recruited Denis Hayes as national coordinator. Hayes built a national staff of 85 to promote Earth Day events across the country. On the first Earth Day, 20 million Americans took to the streets to demand protection for the environment. In 1990, Hayes organized another campaign and focused his efforts globally. His campaign mobilized 200 million people in 141 countries. Earth Day was transformed from an annual national event to an annual global celebration.

Since the first Earth Day, several groundbreaking laws have passed including the Clean Air Act, Clean Water Act and Endangered Species Act. The Earth Day Network (EDN) now works with over 22,000 partners in 192 countries to broaden and mobilize the environmental movement. And, more than 1 billion people now participate in Earth Day activities each year, making Earth Day the largest civic observance in the world.

The sense of urgency to create sustainable solutions to environmental problems is perhaps greater than ever before. Below are a few of Global Washington members working to protect our planet. More information can be found on our Member Map.

Visit earthday.org to learn more about the history of Earth Day and what you can do to help.