President Barack Obama intends to propose a three-year freeze in spending that accounts for one-sixth of the federal budget – however, military, veterans, homeland security and international affairs budgets (including foreign aid) are safe from the freeze.

Bill Gates writes about achieving productivity and sustainability in global agriculture in his new blog.

Are African women having too many babies?  See the World Bank blog on Africa and the feisty debate in the comments. 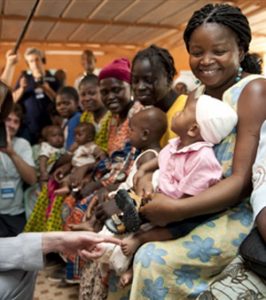 “It is all decided by a professor in New York,” said a shopkeeper in a Millennium Village in Ethiopia, when asked who decides on project priorities in the village.

Google has threatened to pull its business out of China, ending a 2006 compromise in which the company agreed to allow the government to filter taboo topics on searches done inside the populous Communist Party-run country.

And more on Haiti

Haiti has problems because it wasn’t colonized long enough?    Let’s nip this one in the bud.

Should cruise ships stop in Haiti?

Who is in charge of US relief efforts in Haiti- defense or development?