Home / Event Entry / Tackling Trafficking: How to Put an End to Modern Slavery

Tackling Trafficking: How to Put an End to Modern Slavery

Sustainable Development Goal 8 calls for economic growth to be “a positive force for the whole planet.” Target 8.7 within this goal calls for “immediate and effective measures to eradicate forced labor, end modern slavery and human trafficking … and by 2025 end child labor in all its forms.” The global community has its work cut out for it. In 2017, the International Labour Organization released research finding that more than 40 million people remain trapped in modern slavery. Additionally, the ILO estimated that 152 million children, between the ages of 5 and 17, were involved in some form of forced labor. Join GlobalWA, its partners and members for an in-depth look at how to we start to bring an end to human trafficking and modern slavery.

Shanen Boettcher is currently a PhD student at the University of St. Andrews researching the intersection of artificial intelligence technology with world cultures and religions. He has also recently developed and deployed a curriculum for elementary schools to teach children about world religions to advance awareness, acceptance and inclusion of others.

He is an advisor for FRDM.co, a social-good startup focused on using technology to give companies transparency into forced labor in their supply chains. FRDM analyzes the consumption of companies down to the raw materials and individual services from suppliers and vendors around the world. This gives companies the detailed information they need to make business decisions that remove modern-day slavery and forced labor from their business practices.

He is also on the board of SeeYourImpact.org, an NGO technology platform for micro-giving and fundraising for non-profit organizations. Gifts range from mosquito nets to life straws to brail kits – inexpensive, but incredibly meaningful to the lives of the recipients. This opens-up philanthropy to a new strata of donors around the world. The SeeYourImpact platform is available to any non-profit organization at no cost.

In 2016, he left a fulfilling 25-year career in the technology industry; much of which was at Microsoft and also Netscape and Accenture. He has been fortunate to play a part in creating technologies that have transformed how people communicate, collaborate and learn.

Suamhirs Piraino-Guzman, is currently the Senior Program Coordinator for the Washington Anti-Trafficking Response Network at the International Rescue Committee in Seattle. Suamhirs graduated from the University of California San Diego with a Masters in Psychology, he has years of experience developing curriculum and providing training on trauma informed care, mental health, human trafficking, evidence-based practices and more to a diverse range of audiences. Suamhirs’ professional experience also includes direct services to vulnerable youth, program management, policy advocacy around foster care and human trafficking, and co-coordination of the National Survivor Network. As a male survivor and an expert in behavioral psychology, Suamhirs has been an active consultant for the Department of Justice Office for Victims of Crime, subject matter expert Consultant for the Department of Health and Human Services National Human Trafficking Training and Technical Assistant Center, The International Association of Human Trafficking Investigators and is a member of the National Council for Community Behavioral Health. He was appointed by President Barack Obama to the United States Advisory Council on Human Trafficking and has worked with the UN and Vital Voices to develop curriculum and training on engaging men in gender-based violence initiatives.

Lisa is a women’s rights activist and scholar who has worked in women’s rights since 1991. Her first job out of college was in domestic violence shelters in her hometown of Portland, Oregon. She has conducted field research on gender in India, Russia, Somalia, Iraq, Guatemala, Kenya, and Congo. She is known for initiating campaigns in the international women’s movement, including founding Run for Congo Women and cofounding the first sexual violence crisis center in Mogadishu, Somalia. She is the author of the award-winning A Thousand Sisters (Seal Press, 2010) and Mama Koko and the Hundred Gunmen (Public Affairs, 2015). Lisa was a Fellow of the Carr Center for Human Rights (2013–2014), and a Gleitsman Fellow with the Center for Public Leadership (2012–2013) at the Harvard Kennedy School. She holds an honorary Doctorate in Humane Letters from Georgetown University (2013). 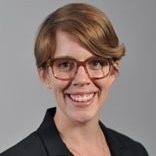 Kimberly is a Sr. Manager at Resonance, a consultancy at the intersection of corporate sustainability and international development that works with businesses, funders, and other stakeholders to build collaborative sustainable development solutions. Kimberly began her career in international development at Grameen Foundation and Freedom from Hunger, expanding financial services to help people lift themselves out of poverty. Kimberly was also a sustainability strategy consultant at Accenture and gender intern at The Bill & Melinda Gates Foundation. Kimberly earned her MBA with a concentration in Social Entrepreneurship from Duke University’s Fuqua School of Business and a bachelor’s degree in Economics from the University of California at Davis.