Migration or Transformation: building the case for investing in vulnerable youth from Central America’s Northern Triangle

Whether it’s here in the United States, or back in their home countries, the fate of young people from across the Central American youth diaspora is the subject of much debate. In particular, it is those young people from Central America’s notorious Northern Triangle – Guatemala, El Salvador and Honduras – whose future lies hanging in the hands of policy makers and politicians.

Co-hosted by the Seattle International Foundation, Pangea Giving and Global Washington, Migration or Transformation: building the case for investing in vulnerable youth from Central America’s Northern Triangle offers a new look at the traditional narrative. This panel of leaders and experts from the region will take a deep dive into the complex and interconnected challenges that Central America’s young people face, helping to better understand the context where we are working, exploring any gaps around current development solutions, and offering thoughts about how we can better work together to develop a new narrative for Central America’s youth. 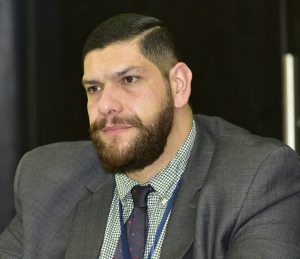 Jose Arturo Aguilar is an internationally-renown human rights’ defender, investigator and political strategist with over 20 years championing justice and democracy in Latin America.

Most recently, he served as Senior Political Officer to Commissioner Ivan Velasquez, head of the UN-backed International Commission against Impunity in Guatemala (CICIG). The commission has been a driving force in a series of investigations against top government officials, and it even helped inspire a nationwide protest movement in 2015 that led to the resignation and eventual imprisonment of president Otto Perez Molina and at least 40 others for public corruption.

Prior to his work at CICIG, Aguilar was Secretary of Strategic and Private Affairs to Guatemala’s first woman Attorney General, Claudia Paz y Paz, named by Forbes as one of the “five most powerful women changing the world” and a leading candidate for the 2013 Nobel Peace Prize. A key member during her tenure, Aguilar built key alliances with regional governments in Latin America, Europe and across all levels of the U.S. government. He was also instrumental in developing a large network of political contacts and allies across different sectors of society. The team made strides in the prosecution of organized crime resulting in a significant drop in impunity rates. They also made world history in the prosecution of Efrain Rios Montt, the first former head of state to be convicted of genocide by a court in his own country. Read more here. 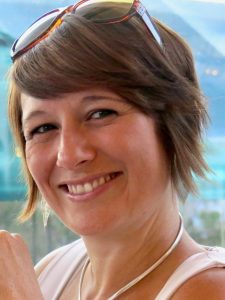 Corrina Grace is the Founder and Executive Director of SERES, a for-impact, nonprofit organization based in Guatemala that cultivates and catalyzes young leaders in Central America to build just and sustainable communities. Corrina founded SERES in 2009 and has worked to use her perspective and vitality towards building a forward-thinking, innovative organization that creates a generational shift towards sustainability in Central America. Under Corrina’s leadership, the organization has grown to a movement of over 3,500 young sustainability leaders and over 90 certified youth ambassadors.

SERES approach to tackling sustainable development challenges has received numerous recognitions and awards, including receiving the prestigious 2015 UNESCO-Japan Prize for Education for Sustainable Development, being named a finalist for the 2015 Equator Prize, and being awarded the National Energy Globe, Guatemala in 2014. Corrina’s work in sustainability education among Central American youth was also endorsed in her selection as one of 50 youth participants from over 5,000 candidates to attend the UNESCO World Conference on Education for Sustainable Development in Japan in 2014. 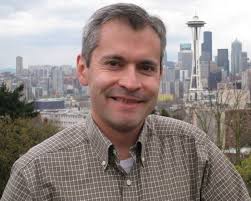 Jorge L. Barón has served as the executive director of the Northwest Immigrant Rights Project (NWIRP) since April 2008, having previously worked as a staff attorney with the organization for two years. Jorge’s passion in advocating on behalf of immigrants is firmly rooted in his own immigrant experience: he is originally from Bogotá, Colombia, and came to the United States at the age of thirteen. Jorge is a graduate of Yale Law School and Duke University and lives in Seattle with his wife Tyler and their three children, Isabella, Luna, and Luca. 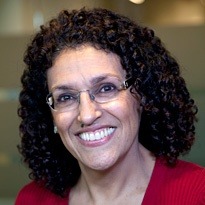 Rojas has a varied background in management and communications in the nonprofit and public sectors, and has successfully structured and managed start-up operations. As the first general manager of New York City’s Crosswalks Television Network, Rojas built five municipal cable channels from the ground up and instituted unprecedented television coverage of local government proceedings. She has been a television producer, radio correspondent, writer, and a New York Emmy nominee. 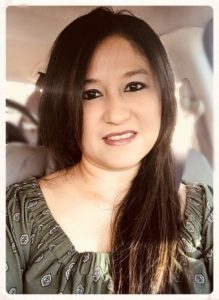 Lissette has been with the Myrna Mack Foundation (MMF) since 2003, and is currently the Executive Director. She works on topics related to justice, security and human rights with vulnerable groups: women, indigenous peoples, youth and LGTBI. Previously, Lissette worked with a United Nations justice program in support of the Public Ministry, and collaborated with the National Commission of Justice and the Police Reform Commission. Likewise, she has participated in hearings and/or events at the national and international level in the Inter-American Commission on Human Rights (IACHR), the UN, and the Inter-American Drug Abuse Control Commission (CICAD), in matters related to justice and human rights.

Through MMF Lissette is part of the Central America Monitor, which evaluates the assistance of the United States and the progress to reduce violence and insecurity, strengthen the rule of law, improve transparency and accountability, combat corruption and organized crime, protect human rights, and improve the mechanisms for the participation of civil society.

Lissette has also participated in the Articulator Group on Migrants in Guatemala, and in the process of notification and delivery of bodies from massacres of disappeared migrants in Mexico, mainly young people. This work is done in coordination with the Consulate of Mexico in Guatemala, the Attorney General of the Republic of Mexico and the Ministry of Foreign Affairs in Guatemala. She also has accompanied family members of missing migrants on extortion case complaints. Currently, she is coordinating an investigation in Honduras and Guatemala with the IUDPAS of the University of Honduras and the University of Notre Dame, on how corruption has an impact on the exercise of human rights and vulnerable young and migrant populations in Guatemala and Honduras.