Learning to Leap – Educational Advancement in the Digital Age 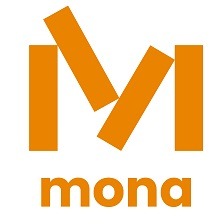 Mona Foundation and Global Washington will co-sponsor a session with Rebecca Winthrop, Senior Fellow and Director of Brookings Institution on Wednesday March 7th, 10 a.m.-12 p.m. By 2030 50% of the workforce, particularly the poor and women, will not have the skills they need to economically prosper in our changing digital and AI- driven economy. Rebecca will speak to her most recent research and report, “Can We Leapfrog? The Potential of Education Innovations to Rapidly Accelerate Progress,” on innovation and the potential to “leapfrog” education systems around the globe to provide breadth of skills for all learners. 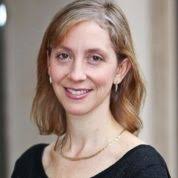 Rebecca Winthrop is a senior fellow and director of the Center for Universal Education. She is the former head of education for the International Rescue Committee, a humanitarian aid NGO. Her research focuses on education in the developing world, with special attention to the skills children need to succeed in life, and improving quality learning for the most marginalized children and youth, including girls and children affected by extreme violence.

Dr. Winthrop works to promote equitable learning issues for young people in developing countries. She advises governments, international institutions, foundations, and corporations on education and development issues, and provides guidance to a number of important education policy actors. Prior to joining Brookings in June 2009, Dr. Winthrop spent 15 years working in the field of education for displaced and migrant communities, most recently as the head of education for the International Rescue Committee. There she was responsible for the organizations’ education work in over 20 conflict-affected countries. She has been actively involved in developing the evidence base around and global attention to education in the developing world.  In her prior position she helped develop global policy for the education in emergencies field, especially around the development of global minimum standards for education in contexts of armed conflict and state fragility.

Mahnaz has a doctorate in Educational Leadership. She has taught as an adjunct faculty at the University of Washington Computer and software systems, worked at Microsoft for several years, and more recently at Avanade, a high tech consultancy in Seattle, as the Sr. Vice President of Talent Acquisition . In September of 2017 and after 20 years of professional career in Academia and high tech industry, Mahnaz left Avanade to commit herself full time to the critical mission of Mona Foundation as its CEO and President.

Mahnaz is one of the founding members of Mona Foundation, passionate about social justice and access to education for all, specially women and girls, and has been involved in learning about social and economic development projects around the world since 1990’s.