GLOBALWA.org / Our Blog / U.S. – Vietnam Relations, the Legacy of War, and the Role of NGOs

U.S. – Vietnam Relations, the Legacy of War, and the Role of NGOs 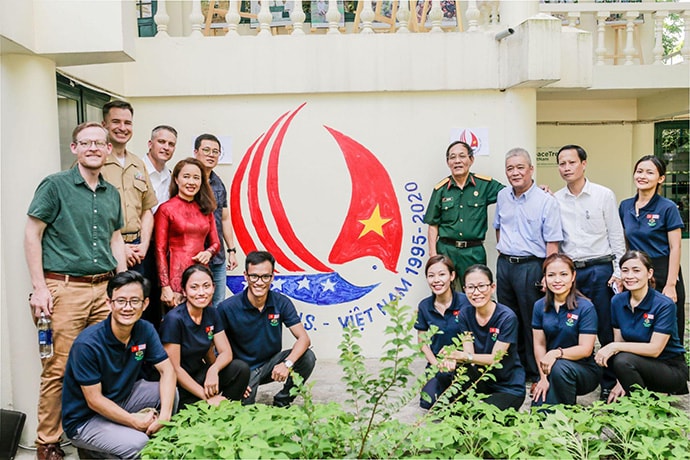 July 11th, 2022 marks the 27th anniversary of normalized diplomatic relations between the U.S. and Vietnam. Nearly half of a century after the end of the Second Indochina War, Vietnam is a middle income country with a fast-growing economy and is one of America’s strongest international partners.

Today, the U.S. and Vietnam cooperate on strategic issues outlined in the U.S.-Vietnam Comprehensive Partnership. This includes cooperation in areas such as political and diplomatic relations, defense and security, trade and economic relations (U.S.-Vietnam bilateral trade has grown from $451 million in 1995 to over $90 billion in 2020[1]) and climate change.

A foundational component of this bilateral relationship is a shared commitment to addressing the lasting impacts of war. It is estimated that nearly 20% of Vietnam remains contaminated with explosive ordnance[2]. In addition to the physical threat they pose to people’s lives, the presence of explosive ordnance blocks access to critical resources like clean water and farmland, and hinders socio-economic development opportunities, further perpetuating poverty rooted in the impact of war. In addition to explosive ordnance, the dioxin legacy of Agent Orange continues to impact tens of thousands of people born with disabilities.

The importance of addressing these legacies of war is continuously emphasized by Vietnamese and U.S. officials as a necessary precursor for strategic cooperation. During PeaceTrees’ 25th anniversary celebration in October 2020, the former U.S. Ambassador to Vietnam, Daniel J. Kritenbrink stated “I recently had a conversation with a senior Vietnamese military official, and what he said to me was that it is really important for the U.S. and Vietnam to continue to responsibly address the legacies of war. He said that doing so is the key to opening the door to greater strategic cooperation between the U.S. and Vietnam. And then he paused for effect, and said ‘It’s a very big door’.” 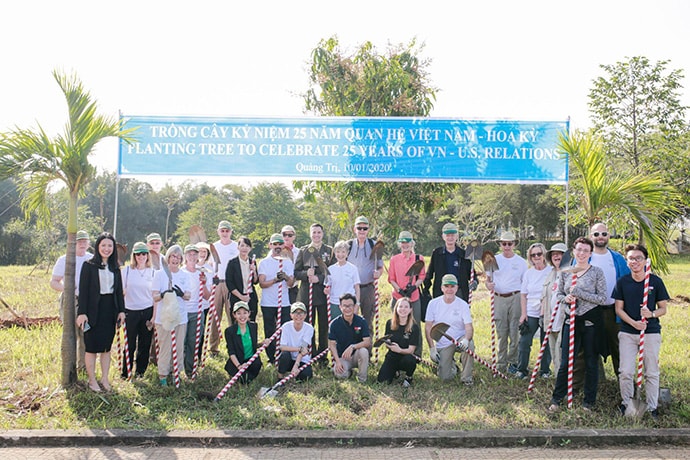 NGOs have played a significant role in facilitating this process and contributing to the relationship the two countries share today. Speaking during PeaceTrees 25th anniversary event, Vietnam’s former Ambassador to the U.S. Hà Kim Ngọc spoke about the important work of NGOS, stating that “During this [bilateral relationship building] process NGOs help heal the wounds caused by the war. That is the very deep meaning of reconciliation and building mutual trust, which will be very important for our cooperation in the next 25 years and even beyond.” From individuals and organizations working on disability rights and advocacy related to dioxin/Agent Orange, efforts to build people-to-people diplomacy, and work clearing the many thousands of bombs and mines remaining from wartime, there has been a steady stream of support facilitated through NGOs and civil society organizations (you can read more about PeaceTrees Vietnam and some of the organizations working on these issues here).

As the first U.S. organization permitted to sponsor humanitarian demining efforts after U.S.–Vietnam diplomatic normalization in 1995, PeaceTrees Vietnam has witnessed the process of reconciliation, peace and prosperity building between former adversaries. Through PeaceTrees’ mine action, citizen diplomacy, and educational and economic development programs, PeaceTrees has also helped contribute to this process. As we reflect on the past 27 years of work in Vietnam, we have learned a few key things that have helped us be effective and productive partners in Vietnam:

For the U.S. and Vietnam, honesty and commitment in addressing the impacts of war has also formed the bedrock of the bilateral relationship shared between the two countries today. NGOs have played an important role in this process, and as we pause today to reflect on how far the relationship between our two countries has come, we also look for the lessons our experience offers in other contexts. While for some contemporary wars it is difficult to imagine a future in which reconciliation will ever be possible, looking to the joint efforts of the U.S. and Vietnam to address war legacy issues and the NGOs that have supported this process could be a good place to start.

PeaceTrees Vietnam, headquartered in Seattle, WA and Quang Tri Province Vietnam, is the only U.S. founded organization working to address U.S. legacy ordnance issues in Vietnam. The organization  aims to holistically address the lasting impacts of war through facilitating citizen diplomacy and building people-to-people ties, safely removing explosive remnants of war, returning land to productive use, and promoting education and economic development to ensure a prosperous and sustainable future for communities impacted by war.