GLOBALWA.org / Our Blog / One Year Since the Coup, Women-led Protests in Myanmar Need Global Solidary and Action More Than Ever

One Year Since the Coup, Women-led Protests in Myanmar Need Global Solidary and Action More Than Ever

By May Sabe Phyu 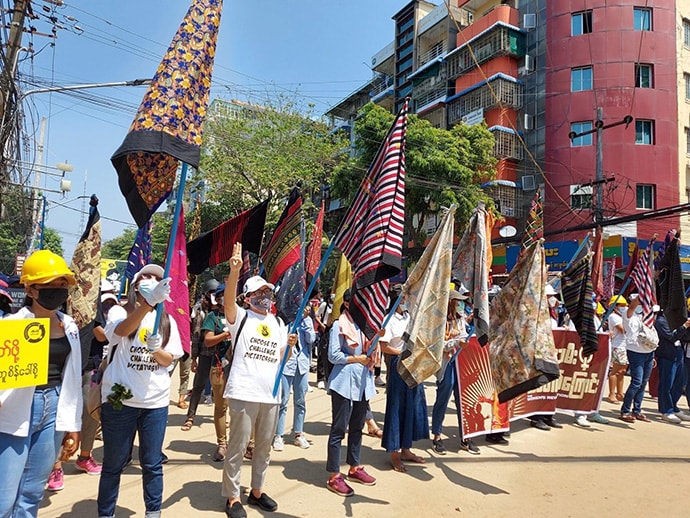 Just over one year ago, a coup threw Myanmar into further chaos and violence, as the world watched. The military unleashed violence through excessive use of force, including indiscriminate killing, arbitrary arrests, forced disappearances, curtailment of CSOs’ operations, nightly raids and arrests. With the socio-economic and political upheaval, combined with the Covid-19 pandemic which hit the country hard last year, we are in the midst of a set of complex emergencies.

Against this backdrop, the people of Myanmar have stood firm on what they believe. With the onset of the coup, people expressed their dissent and opposition against the seizure of political power. Sheroes and heroes of the Civil Disobedience Movement shunned their secure jobs and pensions to join the resistance movement.

Myanmar is not new to conflicts having had the world’s most protracted civil war for 70 years. What is different now is the scope and scale of the conflicts. There are new armed clashes beginning in many parts of the country where local defense forces have emerged to defend their lives and protect their communities. There has been a re-emergence of old conflicts along with the new conflicts due to the military’s clampdown on the pro-democracy movement. The violence is unabated with a widespread attack on the civilian population and on humanitarian workers. Atrocities have been committed by the junta. This prompted the UN General Assembly to state that the army’s actions amount to crimes against humanity.

More than the physical violence, NGOs and Civil Society Organizations are suffering from other challenges that block their work and the urgent assistant they seek to provide – many organizations are not able to access their funds and or register their organizations because the Central Bank of Myanmar is controlling the foreign aid money coming into the country so it is difficult for these organizations to obtain what is rightly theirs.

First responders, scrambling to find resources necessary for their work in serving communities, in spite of the threats of persecution towards themselves and their families, continue to jump into the fray. Their participation in newly opened political platforms is effective and has significant impact. They bridge the differences among the diverse groups active against the military and shuttle key messages within the movement against the junta. They help with trust building and provide early warning signs of new conflicts.

Women make up more than half of those participating in the protests and aid response, and they face heightened risks, especially for violence. There is a huge need for protection of women peace builders and girls in the community who face gender-based violence without warning. Many times women need to flee with no notice, but the system as it is now is not meeting their needs. There needs to be a special fund set up for women who have to leave their communities immediately. 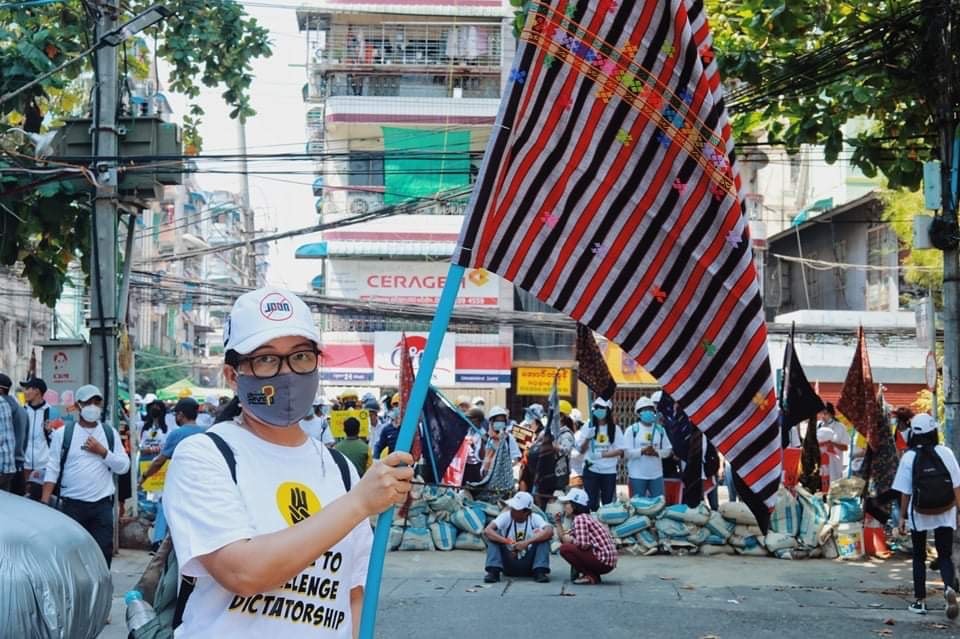 Over a year later, we need to see more sustained and urgent international support for those putting their lives on the line every day. The coup and its devastating impacts have fallen from the headlines and policy agendas. Meanwhile, the situation in Myanmar continues to deteriorate as the junta continues to apply pressure using all the tools that are available to them no matter the terror and destruction.  The Tatmadaw (the official name of the armed forces of Myanmar) has always enjoyed immunity for their heinous crimes against humanity and continue to act with impunity.

Despite the many countries that have condemned the actions of the SAC (State Administration Council, the military junta currently governing Myanmar) against their own people, the situation remains grave and there is a need for real action against the junta in order to establish a peaceful democratic Myanmar.

This situation may feel daunting and far away, but international solidarity and pressure does make a difference at all levels. The United States does have some power to support the people of Myanmar and hold those committing atrocities accountable.

The Burma Act is an important piece of legislation that we very much welcome. Aside from the providing resources to civil society groups, pro-democracy organizations, and humanitarian agencies, all of which are in dire need, it also calls for the US to pressure the UN to take decisive actions towards Burma. The Burma Act would also call for the unconditional release of all prisoners of conscience and political prisoners in Myanmar. The Act is aligned with the demands that Myanmar’s people have been calling for and we urge that the congress will move to pass this legislation.