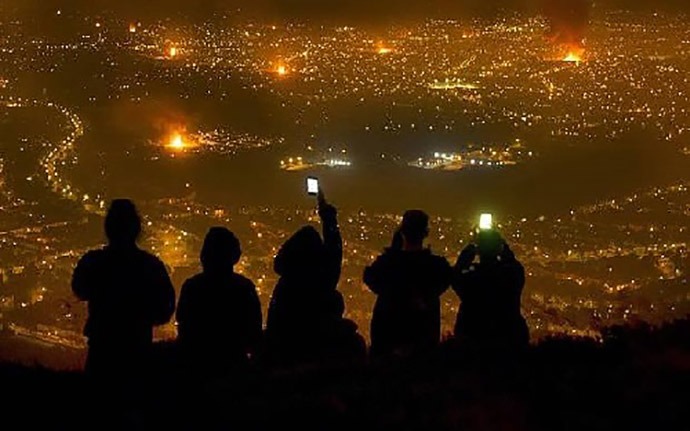 On Tuesday, July 26 at Rendezvous in Belltown, young professionals gathered to discuss the impact of social media in their lives as well as its impact on global relations. Attendees wrestled with questions of how social media is affecting media, politics and security, with a few lighter moments touching on Pokémon Go and Tinder. The discussion was part of YPIN’s Global Cafe Series. YPIN is the World Affairs Council’s Young Professionals International Network and its Global Cafe Series was created to engage participants in critical discussions about today’s leading global challenges.

Sites such as Facebook and Twitter have clearly changed the way we communicate with one another. Those participating in the discussion acknowledged, however, that social media can be a double-edged sword. While it can serve as an outlet for the masses in regards to their political opinions and help mobilize aid in the wake of a disaster, it can certainly create an echo chamber effect where people only listen to what they want to believe, and only believe what they already believe. As you are able to follow and unfollow individuals and groups with one click, people can easily orchestrate the way they consume news and information, often through a very narrow lens.

One challenge repeatedly mentioned in the discussion was the danger of misinformation being spread widely. Some argue that we live in a “post-fact” world where people state facts now and check for accuracy later. Sadly, a correction of a misstated fact rarely gets the same amount of traction as the original, often inflammatory, remark. Discussion participants debated if we are replacing competence and credibility with approachability and likeability, and whether these qualities are beginning to blur in the minds of constituents.

The global impact of social media cannot be ignored as it has changed the way leaders connect with constituents and helps citizens communicate, organize and mobilize. The Twitter Revolution and Facebook Revolution are terms that have been coined alongside civil unrest around the world where social media was used to gain support among activists. As attendees acknowledged, though, it’s more than just disgruntled citizens and protestors using social media. Global leaders are shaping their image and connecting with citizens on a personal level through this medium. The evening of the recent coup in Turkey, Turkish President Recep Tayyip Erdoğan, who has staunchly opposed use of social media in past, used FaceTime to reassure his constituents that he was alive and well, and used Twitter to rally his followers to resist the coup.

The lively discussion ended with participants acknowledging the benefits social media has in regards to global relations. It can certainly amplify the voices of those who previously had no political participation, and it can help mobilize large groups of citizens very quickly. Lastly, attendees noted that social media has the ability to provide a window into different cultures which can help open dialogues and increase cross-cultural communication and understanding.