GLOBALWA.org / Members In The News / Ebola Crisis: UNICEF in Action

Humanitarian Crisis: In March 2014, the Government of Guinea formally recognized an Ebola outbreak. Before long, the outbreak spread to other countries in the region including Liberia, Sierra Leone, Nigeria and Senegal. As of September 20, 2014, over 5,335 confirmed or probable cases have been reported in the region, of which 2,622 resulted in death. These numbers are predicted to rise dramatically, with the situation worsening before it gets better. With 22 million people in need and 2.5 million children under the age of five living in Ebola-affected areas in Guinea, Liberia and Sierra Leone, and many more living in neighboring countries at-risk, UNICEF is partnering with governments, United Nations agencies and non-governmental organizations to respond to this unprecedented crisis. U.S. Fund for UNICEF is a Global Washington member. 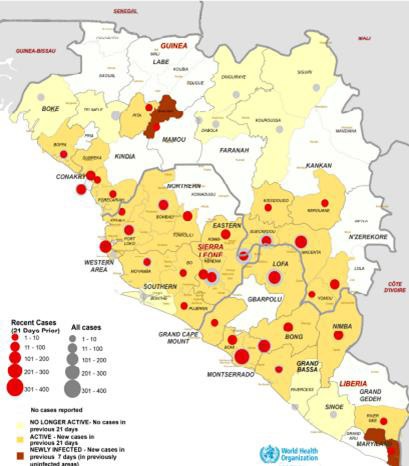 A Race Against Time: We are in a race against time to contain and halt this outbreak. Due to UNICEF’s long- standing presence and partnership with the governments of affected countries, we have been able to work quickly on the ground to protect families and prevent further occurrences, assisting the hardest-to-reach, most vulnerable and marginalized populations. However, UNICEF cannot do this work alone. As the outbreak continues unabated, further support is urgently needed to strengthen and deepen the response against this life-threatening virus. We invite you to join UNICEF’s efforts across the region, which include:

With a generous gift from the Paul G. Allen Family Foundation, we have an incredible opportunity to leverage your gift to fight this outbreak. The Foundation will offer a dollar-for-dollar match up to
$3.6 million USD to double the impact of your generous gift received before December 31, 2014. Your life- saving support will enable UNICEF to help families protect themselves and stop this deadly outbreak. On behalf of the many people affected by this crisis, we invite you to partner with us to share in our mission of saving lives.