By Tim Hanstad, President and CEO of Landesa and Board Member of Global Washington

This post is part of a series developed by The Chicago Council on Global Affairs and GlobalWA member Landesa to highlight the importance of securing land rights for smallholder farmers. This series is running concurrently with the World Bank’s 2014 Land and Poverty Conference taking place in Washington, DC. Follow the conversation on Twitter with hashtag #landrights.

More than one billion of the world’s poorest people share three traits: they live in rural areas, rely on the land to survive, and they lack secure legal rights to the land on which they depend.

Most either toil in other people’s fields for pennies a day or struggle on land which they temporarily control, but insecurely — with the constant threat of displacement.

The coins they earn can never stretch far enough to allow them to buy their own plot, and they have little long-term incentive to improve the plot they currently farm. Often, they can’t send their children to school or obtain other government services, like agricultural credit or inputs, because they are not landowners. As a result, they lack opportunity and are vulnerable to displacement, exploitation, and calls to extremism.  Without a fundamental change, their children and grandchildren face a similar future.

Creating a better and safer future for us all depends upon giving these modern-day serfs the opportunity for better life.

Land is at the center of both the problem and the solution.

Where land ownership is limited to the privileged few, poverty and instability are much more likely to exist. But broadly providing secure land rights pays dividends. It allows desperately poor agricultural laborers to grow the food to feed themselves and their families and it facilitates economic growth, improves the status of women, improves environmental conservation, and prevents unrest and conflict.

Consider Shakti’s tiny field of dreams in a small village in the Chitoor district of India’s Andra Pradesh. As a landless farm laborer, Shakti earned less than $1 a day. She and her children lived a life of hunger and vulnerability. Then, with the help of a government subsidy, she was able to buy a tiny plot of land to live on and farm. Now, her plot provides her and her family with fruit, vegetables and a small income that has allowed her to take her children out of the fields and put them into the classroom.

Recognizing the potential, a handful of Indian states have launched micro-plot-with the understanding that plots as small as one-tenth an acre can help families bootstrap themselves out of extreme poverty. The democratic, market-friendly programs that rely on distributing government owned land when it is available and private land bought at market rate when it is not, have helped hundreds of thousands of Indian families escape extreme poverty.

Still, too few countries are tackling the issue of land rights. Yes, it’s difficult to implement land rights programs that provide broader access to the poorest, stronger rights for all, and harnesses the power of markets.

But it can be done.

The fact is, secure land rights enables sustainable structural reform. Education, health, micro-credit, and a variety of other smart aid interventions are all made more effective when families have secure rights to land. Anyone working in international development – from NGOs to governments – should partner with experts who are working to advance secure land rights, especially for women, into their own poverty reduction and growth strategies in order to achieve systemic change, not just short-term relief.

The tools necessary to do this are increasingly available. The UN’s Food and Agriculture Organization established an on-line database which offers up to date information on the status of property rights in almost 80 countries. The UN’s Global Land Tool Network promotes the issue of land rights and tenure security. USAID’s Land Tenure and Property Rights Portal provides country-specific land tenure and property rights issues. The Millenium Challenge Corporation, and the World Bank continue to expand their land rights work. And WRI and Landesa have partnered to create the online tool Focus on Land in Africa, which helps development practitioners working in Africa recognize and understand the influence of land tenure in their work. Landesa also supports Landwise, a free on-line library of women’s customary and formal land rights around the world. Landesa has also launched fellowships to expose more professionals around the world to the issue of  land rights and women’s land rights in particular.

At the same time, corporations working in developing countries can speak with government leaders in the countries in which they work about the need for broad-based land ownership to encourage stability, broad educational gains, and the type long-term growth that will benefit everyone’s bottom line. 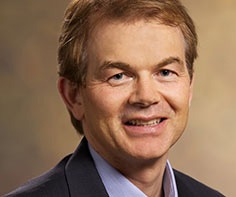 Tim has led Landesa’s institutional growth for much of the past two decades. Tim also has more than 20 years of experience in project management, research, consulting, policy advocacy, training and writing on issues of expanding land access, improving land tenure security, and developing land markets for poverty alleviation and economic growth in developing countries. Tim has worked in 15 countries in Asia, Eastern Europe, Africa, and Latin America, including four years living in India. His project experience includes work with numerous international donor agencies and foundations such as the World Bank, United Nations Food and Agriculture Organization, United Nations Development Programme, United Nations HABITAT, United States Agency for International Development, DFID, Bill & Melinda Gates Foundation, Ford Foundation, Rockefeller Brothers Fund, Omidyar Network, and The John T. Templeton Foundation. Tim also teaches at the University of Washington School of Law, where he co-directs a graduate program in Law of Sustainable International Development. He holds a J.D. and an LL.M. (both with Honors) from the University of Washington School of Law, and B.A. (magna cum laude) from Seattle Pacific University (1985) in Political Science and History.