“I feel reassured about having this baby,” said Nepalese woman Lalita in her fourth month of pregnancy. Several years ago, you would be hard pressed to find an expectant mother who felt this way.

For years, Nepal has been plagued with poor economic and living conditions. This is reflected in its high rate of maternal and infant mortality. On average, Nepalese women give birth to six children over their reproductive years, and complications are extremely common. Over the past four years, however, Devex reports that Nepal has taken several steps to reduce these risks, motivated primarily by the Millennial Development Goals set by the World Bank. 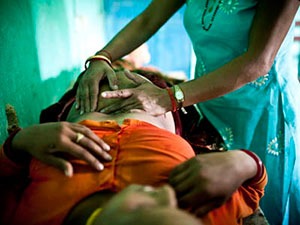 While many countries, including Iran and Somalia, are not on track to meet Development Goal 5— reducing maternal death rates by 75 percent—Nepal is proving to be an exception and has seen early success. In part, this success has been a result of financial and political policies that have increased accessibility to health care and education for women. Nepal is a very mountainous region, and thus women often have to walk several miles to reach a health care facility once they go into labor. As more women are educated about the symptoms of labor, this problem has greatly improved.

Another important development in Nepal has been an increase in health service providers, especially providers dedicated to treating women. Women such as Lalita are advised to visit a doctor at regular intervals during pregnancy, which allows their health to be monitored. In addition, women who agree to these doctor visits are rewarded with infant care, food for themselves, and other services. Such incentives have increased the rate of women giving birth in certified facilities, ultimately serving to lower maternal mortality rates and improving the lives of both mother and child.