GLOBALWA.org / Members In The News / Interview with Global Washington: Convening the Sector for Collective Action

Interview with Global Washington: Convening the Sector for Collective Action 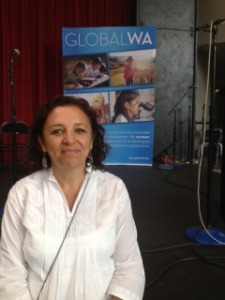 My next interview was with Global Washington, an umbrella organization for Seattle’s international development NGOs.  Bookda Gheisar, Global Washington’s Executive Director states, “We started Global Washington four years ago because there were many small nonprofits based out of Seattle who were working in the developing world, and we knew that if we could get them talking there would be greater collaboration, better partnerships and an elimination of redundancy.”  Amanda Bidwell from Global Washington reiterated this point, arguing that “we believe that lasting change comes from collective impact.  Our partners know that the problems we are each working on are interconnected and that we are more effective when working together.”  I personally find this ecosystem argument compelling.  I remember Dr. Paul Light, one of my professors at NYU-Wagner and a scholar of social entrepreneurship, arguing that it was often the swarm of NGOs working on different pieces of a common problem, rather than a single NGO going it alone, that led to deep and enduring change.  If Global Washington can help building the collective capacity of Seattle’s international development community to change the world then I’m all for it.