GLOBALWA.org / Our Blog / In the Market for Conservation

In the Market for Conservation 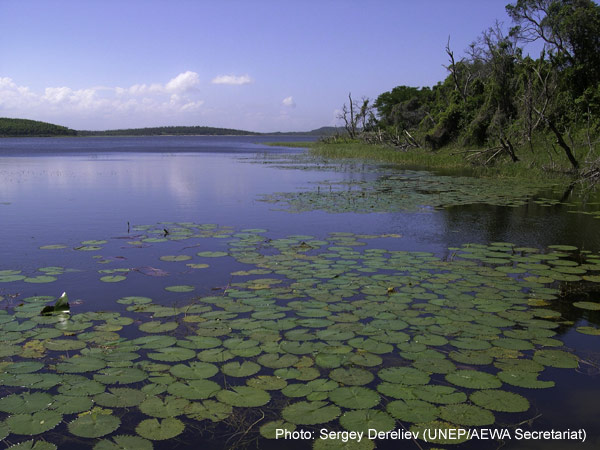 Written by Brett Walton, who writes for Circle of Blue, a network of journalists, scientists and communication design experts reporting on global water issues.

What is a clean watershed worth? Nature lovers might say ‘priceless’, but the emerging consensus among global conservation experts is that the best way to preserve an ecosystem is to put a price on it.

Because these services are not traded on markets, their value is often neglected in corporate and governmental balance sheets. For example, a city might clear-cut a forest or drain a wetland to build a factory. The factory has clear economic metrics: jobs created, output, construction costs; but the ecosystem is usually described obliquely and does not factor well into cost-benefit equations. If we had a way to quantitatively assess the environment, maybe that factory doesn’t get built because the wetland is more valuable as a climate-regulating, water-purifying, flood-controlling, tourism-inducing bird habitat.

To redress this, researchers are now looking at putting a dollar figure on the benefits from natural processes. Programs such as the United Nations Environment Program’s The Economics of Ecosystems and Biodiversity hope that better valuation of the environment will lead businesses and governments to make better development decisions. A corollary to the idea is that an ecosystem is an asset that land owners are paid to preserve.

This shift in thinking is particularly important for watersheds. In my last post I wrote about problems with clean drinking water. Globally, 75 percent of freshwater supplies come from forested catchments. Payment for ecosystem services (PES) can play a huge role in improving source quality. New York City does not have to filter its water supply because of a watershed restoration program that involved purchasing forests and paying land owners for best management practices. The cost of the restoration program: US$1 billion. The cost of a water treatment plant: US$8 billion, plus US$300-500 million annual maintenance. More than one-third of the world’s largest cities get their water supply from such protected forests.

Not only is it good government policy, it is also good business. Evian and Vittel, two bottled water companies, use payment for ecosystem services to reduce treatment costs at their bottling plants in France. The companies have contracts that pay upstream farmers per hectare to use organic fertilizers and pesticides. Preventing pollutants from entering the rivers and aquifers by paying the land owners for the fertilizer cost difference is cheaper than removing them.

These types of payments are most common in Latin America, the United States and China, according to a recent report by Ecosystem Marketplace quantifying PES transactions for water quality. The report found that US$9.3 billion was paid to land owners in 2008. The Chinese government’s Conversion of Cropland to Forest and Grassland program, accounting for 40 percent of its seven-fold increase in water quality PES in the last eight years. The benefits, as measured in economic terms, are substantial. The UNEP’s report on ecosystem restoration argues that well-managed projects provide returns of 7 to 79 percent.

Tracy Stanton, who wrote the Ecosystem Marketplace report, told me in an interview that the market-based approach helped to bring together people who would not normally cooperate.

“With a market system we start from a point of shared stewardship instead of being told by the government to meet a permit volume,” Stanton said.

The PES model is far from perfect. There is much debate on what to include in the valuation calculus: the proper temporal and spatial scales, discount rates, and proper valuation method. Despite the uncertainty, the PES model should continue to grow. It gives land owners incentive to preserve vital spaces, and couches the costs and benefits in language decision-makers are accustomed to using.