GLOBALWA.org / Our Blog / Halloween Has Come and Gone but USAID Remains Headless

Halloween Has Come and Gone but USAID Remains Headless 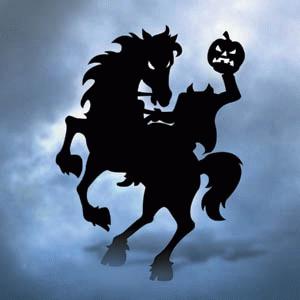 This is beginning to sound like a whiny broken record, but WHEN OH WHEN is the Obama administration going to nominate a USAID administrator?

Last January, the development community was full of hope.  It seemed that all the pieces were in place for meaningful foreign aid reform.  We knew we were going to get a USAID administrator who would represent the agency well in planning for reform.  Obama made all the right noises about development being one of the 3 D’s along with defense and diplomacy.  The major players in Congress were on board, and the NGO community was clamoring for change.  For once, development would matter!  Armchair development policy analysts sat around water coolers from coast to coast, guessing who the nominee would be.  We wondered if U.S. development assistance would be elevated above its recent State Department step-sister status, and maybe it would be given (gasp!) cabinet level status.  Not that we would insist on that, no, that would be asking too much, but maybe development could at least get a little more clout in making the big policy decisions?  Maybe we could have a voice of our own, and not rely on a benevolent State Department?  You could feel the excitement in the halls all year long, from the Ronald Reagan building all the way to our little office on Lake Union.

Now we are starting to get a little nervous.  Why has the White House still not nominated someone to lead USAID?  Why do we feel like we’re being avoided?  Even President Bush managed to appoint Andrew Natsios by May of his first year in office.  Chairman John Kerry and Ranking Member Richard Lugar of the Senate Foreign Relations Committee have written to President Obama expressing their concern.  The answer from the White House is “soon,” but we don’t know what “soon” means, since “soon” has already passed.  We have some clues.  Secretary Clinton vented some frustration last summer about the arduous vetting process for nominees.  Some folks are speculating that none of the top contenders want the job, because of the “ridiculous” vetting process combined with the ambiguous level of authority given to the USAID administrator.  So much for the three D’s.

At this point, many people feel that in order to get an appointment confirmed as soon as possible Obama should nominate someone who has already passed the vetting process for another position.  The downside of this approach is that we are limiting our options at a time when we need more than a warm body at the heart of the foremost U.S. development agency.  Still, it may be our best bet for getting an appointment before we break for the New Year.