GLOBALWA.org / Our Blog / Is the U.S. a Development Commitment-Phobe?

Is the U.S. a Development Commitment-Phobe?

The Center for Global Development released its 2009 Commitment to Development Index (CDI), and unsurprisingly, the United States ranked 17th out of 22, just below Portugal and above Greece.  The CDI rates rich countries on how much they help poor countries build prosperity, good government, and security. Each rich country gets scores in seven policy areas, which are averaged for an overall score.

The United States scored worst in the aid and environment policy areas, where it ranked 18th and 20th respectively.   In aid, the CGD found weaknesses in low aid volume, high tied aid, and poor targeting of aid to where it is needed most.  The environment policy weaknesses were high greenhouse gas emissions per capita, low gas tax, and not ratifying the Kyoto Protocol.  The U.S. got some bonus points in aid for high private charitable giving- and we know that Washington State organizations had a lot to do with that.

The U.S. did well in the area of trade, where it ranked 3rd, behind Australia and New Zealand.  Our (relatively) low agricultural tariffs and subsidies were cited as our strength in trade policy.  Now if only we could get somewhere on providing duty-free and quota-free access to all poor countries, we’d be #1 in trade.

Who was #1 overall?  Sweden.  Read Sweden’s policy for global development and you’ll understand why – it reads like MFAN’s proposal for U.S. foreign aid.

There is hope for the United States in 2010- or maybe 2011, at the rate we’re going.  Obama announced a Presidential Study Directive () and a Quadrennial Review on Development and Diplomacy, and there is a lot of talk about reforming the Foreign Assistance Act, which isn’t so much a policy as a hodge-podge of initiatives and constraints that have been put together over the last 40 years.  It is hard to say where this will all lead, but it’s promising that there is finally a lot of energy and attention devoted to foreign aid reform in the United States, all the way up to the highest levels of government.

Many Washington State organizations are involved in this debate, including Global Washington member Initiative for Global Development, which has a lot of policy reform information on its website. 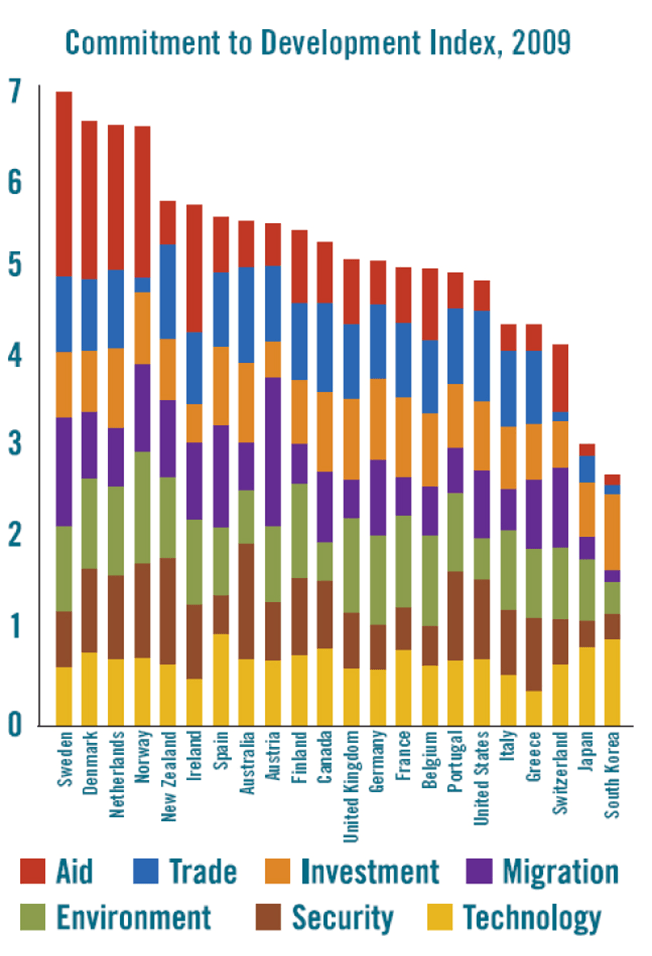