Is global development the first thing that pops into your mind when Woodland Park Zoo comes up?  No?  Well then, it may be time to take yourself down to the zoo again, with or without the accompaniment of children.  When you do, you’ll find that the exhibits not only display exotic animals and educate visitors about the environmental and man-made dangers to their natural habitats, but also engage those same visitors in actions they can take to help local people protect the animals and themselves.

Just take the African Savanna exhibit for example.  It showcases the huge varieties of animals, predators including lions and African wild dogs and large herbivores including giraffes, hippos, Grant’s gazelles, fringe-eared oryx, ostriches, zebras and patas monkeys, that inhabit the wild grasslands of East Africa.  But the exhibit also focuses on the reasons those habitats are endangered–excessive vegetation growth in the waterholes, human/wildlife conflict over shared wildlife corridors, long fences erected in wildlife corridors.  As part of its exhibit, the zoo supports and publicizes the work of the Waterhole Restoration Project in Kenya, which is restoring 18 natural waterholes for the benefit of wildlife in Merrueshi Group Ranch, a wildlife corridor between Chulu and Amboseli National Parks.  The founder of the Maasai Foundation, which administers the restoration work, is a cultural interpreter at the zoo during the summer.  He educates visitors about his culture, their links to savanna wildlife and how they can help preserve it.  Built on the edge of the Savanna exhibit, a reproduction of a modern rural village of East Africa shows visitors how people live who interact with the wildlife around them.  There young visitors get the opportunity to make an African beading project to help provide funding for the Waterhole Restoration Project. 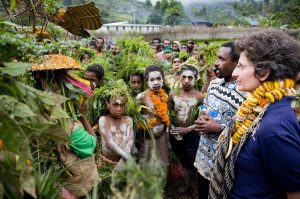 Such projects help children become connected to the world.  Interest in wildlife or international development can begin from a spark at the zoo.  Once interested, visitors are directed by the zoo to organizations that are providing tangible outcomes.  This focus on local community involvement in solutions is critical to the zoo’s mission.  Dr. Deborah Jensen, the President and CEO of Woodland Park Zoo, says, “We face common problems whether in U.S or Africa.  Solutions require thoughtful local leadership.  When we decided, for example, we needed to clean up Puget Sound, we needed local people to lead the way, but we also learned that, as a community, we needed to change the way we operate, the fertilizers we used, the things we threw away.  The same is true abroad.  We tell our more than one million guests a year how they can help local groups abroad get involved.  It is a message of hope, that there are real solutions to difficult community and conservation problems.”

In some ways this is not really a new development.  The zoo’s very first veterinarian, Dr. Jim Foster, helped establish the first Mt. Gorilla Research Institute in central Africa and participated in the recruiting and hiring of its first scientist, Dian Fossey.  The zoo’s Partners for Wildlife focuses on ways to ameliorate the disappearing habitat of animals caused by human encroachment. These projects work on species preservation, habitat protection, local capacity building and community livelihood.   Years ago, Dr. Lisa Dabek, now director of field conservation at Woodland Park Zoo, set the example, founding the Tree Kangaroo Conservation Program in 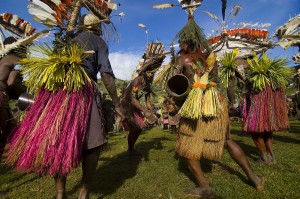 Papua, New Guinea.  After her Ph.D. research on the tree kangaroo at the zoo, Lisa went to Papua New Guinea, and got to know the community there, building a long-term relationship with them.  Over the years she talked to people about the long term future of indigenous animals, which were decreasing in numbers.  One day she asked a hunter if he thought more tree kangaroos would survive if a part of the land were set aside for them where they could raise their babies and be protected.  He later said, “That message struck me like an arrow to my heart.”   That insight was the impetus to start the YUS community in a project of community mapping that resulted in their setting aside areas of the land for the tree kangaroos.   This year the government of Papua New Guinea turned those same areas into the nation’s first designated Conservation Area.  The zoo, in turn, is raising $1 million, to be matched by Conservation International to help create a stream of income for the YUS CO, a local non profit made up of representatives from the conservation area which manages it with TKCP.  Deborah Jensen calls this project, “The best example of how citizens around the world can act as a community to help save creatures as well as help the people who live there sustain themselves and the animals.”

The Botswana Wild Dog Research Project, initially supported by the zoo and later funded by Paul G. Allen Foundation, is currently doing research on the use of scent markers to maintain a natural separation–a kind of bio-fence– between the wild dogs and domestic livestock.  Another partner supported by the zoo is the Tarangire Elephant Project in Tanzania working to ensure the viability of the elephant’s ecosystem by initiating agreements with key villages to set aside easements over thousands of acres of land in the Simanjiro plains, the main calving ground for the large elephants.  A long research project on the impact of poaching the female leader of the elephant packs is underway as well. 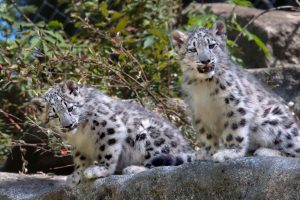 The zoo contributes money and lends expertise to the Seattle-based Snow Leopard Trust for a long-term study in Mongolia; the trust was founded by a former staffer from the zoo.  As part of the trust’s education program local people are asked to pledge not to shoot the snow leopards and in return, the trust helps them make products to sell.  The trust conducts workshops with local women and artisans.  The zoo recently sent the director of its retail operations to Mongolia to provide advice about what kinds of products could be made that would sell here.  He has also helped place their products in other zoos.   Every year the zoo helps the trust put on a fundraising event held at the zoo.

The zoos and aquariums accredited by the Association of Zoos & Aquariums, collectively, devote over $70 million a year to international wildlife conservation.  Under President and CEO Jensen and the current board, the Woodland Park Zoo currently partners with 38 field projects in more than 50 countries locally and globally, receiving a third of its funding by private philanthropic donations, with conservation the fastest growing part of the zoo’s budget.  Because of the zoo’s emphasis on taking action, this summer alone over 28,000 people heeded the zoo’s call and took part in programs to help conserve the world’s habitats for both animals and humans.  The zoo’s message that the solutions are in our hands is taking hold and spreading, locally and globally.