The Monterey Framework incorporates the Sustainable Development Goals (SDGs) and states three fundamental pillars; 1) Protect Human Rights, Dignity, and Access to Resources, 2) Ensure Equality and Equitable Opportunity to Benefit, and 3) Improve Food and Livelihood Security. However, there are many instances where ocean dependent communities in low and middle income countries are faced with inequities and even human rights abuses. There are successful efforts to ensure sustainable fishing and environmental sustainability, but equity for people in the fishing industry and associated communities are often overlooked.

How can we create more equitable systems in the seafood industry to support ocean dependent communities? What is needed to continue economic growth and secure livelihoods for those most vulnerable? Join this event to hear from experts and contribute to the conversation.

Where:
Link to attend the event virtually will be sent upon registration

Andrés Cisneros-Montemayor (PhD) is a resource economist specializing in marine systems and cross-scale development policy. He is Deputy Director of the Nippon Foundation Ocean Nexus Program and Research Associate at the University of British Columbia. Linking field, theoretical, and policy work, he studies the economics of ecotourism, competing fishing sectors, alternative management strategies, and ecosystem and social-ecological approaches to policy in multi-stakeholder contexts. An important aspect of this work involves the dynamics between commercial, recreational, social and cultural benefits within complex social-ecological systems. He has a PhD and MSc in Resource Management and Environmental Studies from the University of British Columbia and BSc in Marine Biology from Universidad Autónoma de Baja California Sur. 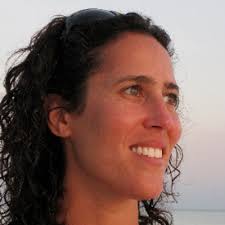 A scientist and storyteller, Marah works at the crossroads of research, creative communication, and strategy to build a sustainable future for people and the sea. As founder of OceanInk, Marah spent five years working as a consultant with interdisciplinary teams investigating coral reef health, fishery impacts, ocean acidification, and the greening of the global seafood supply chain. She was a founding researcher for Future of Fish and a contributing researcher and writer to The Green Blue Book (Rodale Press) and The Big Handout (Rodale Press). Prior to OceanInk, Marah was a research fellow at Blue Ocean Institute, where she created and launched their climate change program, including an initiative to engage scientists and religious leaders in constructive conversation about halting climate change. Her work has been published in scientific journals, books, and popular magazines (Scientific American, The American Prospect). She received her PhD in marine science from Scripps Institution of Oceanography. Her first book, Sex in the Sea, was published by St. Martin’s Press in 2016. 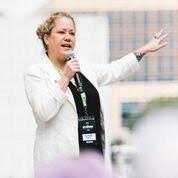 Julie Kuchepatov is a proven thought leader in two global movements: sustainable seafood and fair trade. She has spent her career working directly with a variety of stakeholders in the seafood industry and the sustainable seafood movement to address some of the most pressing environmental and social challenges in global seafood production. Most recently at Fair Trade USA, Julie built a seafood program that impacted thousands of seafood producers and workers in Latin America, SE Asia, East Africa, and the United States and became a globally recognized solution to empower seafood workers, ensure workplace safety, and improve environmental sustainability. She is a former steering committee member of the Certification and Ratings Collaboration and currently a non-voting member of the Asian Seafood Improvement Collaboration (ASIC) steering committee. Her work at Fair Trade USA was built on a foundation of two decades of experience working with Russian fisheries to improve their environmental performance at the Wild Salmon Center and as a founding member of Ocean Outcomes (O2). Her career in Russian salmon began in 1994 as part of a team running one of the most successful Atlantic salmon sport fishing lodges in the Russian Arctic for 13 years.

Where:
Link to attend the event virtually will be sent upon registration