SEATTLE – Global Washington has announced that Celeste Mergens, the founder and CEO of Days for Girls International, will be awarded the 2019 Global Hero Award at the annual Global Washington Goalmakers Conference in Seattle on Friday, November 15.

Mergens has led Days for Girls since 2008, when a simple question – “How do girls manage their periods in an overcrowded orphanage in Kenya?” – turned into a global movement working to bring dignity, education, and opportunities to millions of women and girls around the world. 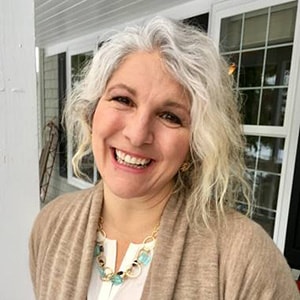 “Celeste Mergens’ vision and commitment through Days for Girls has transformed ‘period shame’ into an opportunity to dramatically improve girls’ quality of life and achieve better health and education outcomes globally,” said Kristen Dailey, executive director of Global Washington. “We are so fortunate to have Celeste as part of the global development community here in Washington state, and look forward to celebrating her contributions at this year’s annual conference.”

To date, Days for Girls has reached more than 1.5 million women and girls in 141 countries with DfG Kits and community health education. The organization has created 148 social enterprises in 30 countries and inspired 60,000+ volunteers on six continents.

A two-time Girl Effect Champion, Days for Girls also received the SEED award for gender equity and entrepreneurship, and was named by the Huffington Post as a ‘Next Ten’ Organization, poised to change the world in the next decade. Mergens herself has been featured in Oprah’s O Magazine, Forbes, and SSIR. She was awarded the AARP Purpose Prize, Conscious Company Global Impact Entrepreneur Top Ten Women, and Women’s Economic Forum’s Woman of the Decade.

The award, which has been given out by Global Washington since 2011, is a lifetime achievement award that recognizes those individuals within the global development community in Washington state who have made significant contributions towards improving lives in developing countries. Mergens joins the ranks of eight past Global Hero Winners, including most recently, the 2018 winner, Patrick G. Awuah, Jr., the founder and president of Ashesi University in Ghana. Other noteworthy winners have included Bill Gates Sr., co-chair of the Bill & Melinda Gates Foundation; Bill Neukom, founder of The World Justice Project; and Jennifer Potter, former CEO of the Initiative for Global Development.