GLOBALWA.org / Our Blog / Water Quality and the Millennium Development Goals 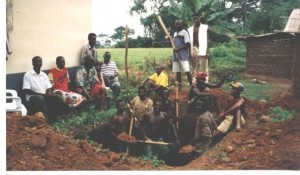 With five years until the deadline for achieving the Millennium Development Goals, the United Nations has released a series of progress reports. The water and sanitation April 2010 update states that the world is on track to meet the drinking water goal, but will fall far short of the target for sanitation. The problem with the MDGs, however, is that they don’t measure what you think they measure.

The UN established the Millennium Development Goals in 2000 as a metric for improving the lives of the world’s poorest. The goals cover economic, physical and social well-being: maternal health, poverty, gender equality. The MDGs for water and sanitation seek to reduce by half the number of people without access to improved drinking water sources and improved sanitation. The UN provides a list of what qualifies as an ‘improved’ source – boreholes, in-house connections, protected wells, rainwater collection – but the dirty little secret of the drinking water target is that it has nothing to do with the water’s quality.

The water goal is a target that assess infrastructure, not water quality. A community can be using an improved source while still drinking tainted water. A pilot study by the World Health Organization found that the majority of piped systems deliver quality water, but only 40-70 percent of other improved sources meet WHO microbial standards.

This is why the theme of World Water Day this year was water quality. I was in Nairobi, Kenya covering the day’s events for Circle of Blue, a non-profit news agency reporting on water issues, and listened to many speakers discuss the consequences of dirty water. To wit, half of all hospital beds in the developing world are occupied by people with a water-related illness; roughly 90 percent of the waste water in developing countries is dumped untreated into water bodies; and more than 2.6 billion people lack adequate sanitation facilities.

Water and sanitation are not separate problems, but they are sometimes treated as such. “No policymaker will tell you sanitation comes before drinking water,” said Maurice Bernard from the French Development Agency. Yet, if the drinking water MDG is to have any meaning, it must go hand in hand with sanitation improvements.

Development money alone is not a solution. Zafar Adeel, the UN water chief, told me that past failures occurred because the approach was too technical.

“What historically we have done is to stay focused on water quality, on monitoring and research, but relating it to people’s lives and policies is something that we have not done very well before,” he said.

Bernard said that if he were given $10 billion to invest in clean water he would put it towards capacity building; that is, investment in management, governance and social capital.

National governments, he said, are where most solutions will take place.

It’s difficult to get a handle on a problem you can’t measure. Many people in Nairobi admitted that we don’t know how many people have clean water because it is quite expensive to carry out micro-level water quality testing on a broad scale. To that end, WHO and UNICEF are doing pilot tests in several countries.

Knowing the extent of the problem is a first step. Applying the right medicine is a much farther bound.