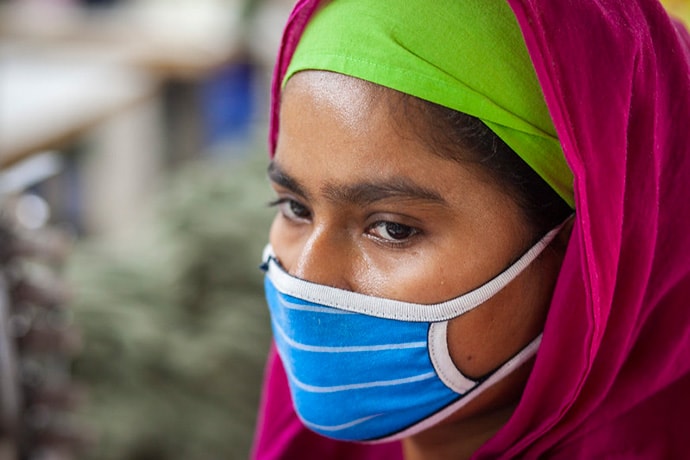 While the global pandemic saw devastating jobs losses of 400 million, nearly have a billion people are expected to be further pushed into poverty. But not everyone is losing out – billionaires have seen their incomes rise as shares in big corporations saw their profits jump. Power, Profits and the Pandemic: From corporate extraction for the few to an economy that works for all found five ways in which corporations are exacerbating inequality.

Corporate lobbying of government has been on the rise over the last two decades but COVID-19 spurred a near record first quarter lobbying spend by industry in the United States of $903 million. Corporations successfully shaped bailout packages, lowered taxes, rolled back regulations and lobbied against the closure of operations, despite significant health risks from the pandemic.

While corporations see profits soar, they continue to place health risks and costs on their suppliers, many of which are in low-income countries. Apparel workers lost jobs due to contracts being cancelled by brand companies, and farmers have felt the pinch due to a decrease in global demand for their products.

The use of tax havens by big corporations has become ubiquitous. But even during the pandemic, Oxfam’s research showed that some companies receiving bailout money failed to pay corporate income taxes in the year prior. Starving governments of revenue leads to a lack of essential services, including critical healthcare to fight COVID-19.

Despite tremendous growth by the Fortune Global 500 companies, wages have stayed stagnate and governments continue to be under-resourced. More of corporate profits are being distributed to shareholders or share repurchases (i.e. buybacks) rather than invested in workers, supply chains or in paying taxes. Between 2010 and 2019, the companies listed in the S&P 500 Index spent $9.1 trillion on payouts to their shareholders—equaling over 90% of their profits over that same period.

From meat processing to food retailers to delivery companies—employees are feeing unprotected and vulnerable due to insufficient equipment, benefits, or paid leave. Some companies have talked about front-line workers as heroes but have treated them as chattel, causing a backlash by some.

Fighting inequality means radically reining in corporate power and creating an economy for all. This economic model must put people at the center, protect the most vulnerable, share profits equitably, and be grounded in democracy.

A fundamental change in business models is not utopian. Viable alternatives exist and continue to gain traction. Social enterprises, cooperatives, mission-led businesses, and fair trade enterprises are just a few examples of the diverse range of organizations that prioritize the interests of workers, farmers, communities, and the environment over returns to investors. The COVID-19 crisis can be a catalyst for real change so that all those who work are rewarded with profit to create an economy for all.