When Disaster Strikes, Americares Fills the Gaps in Health Care 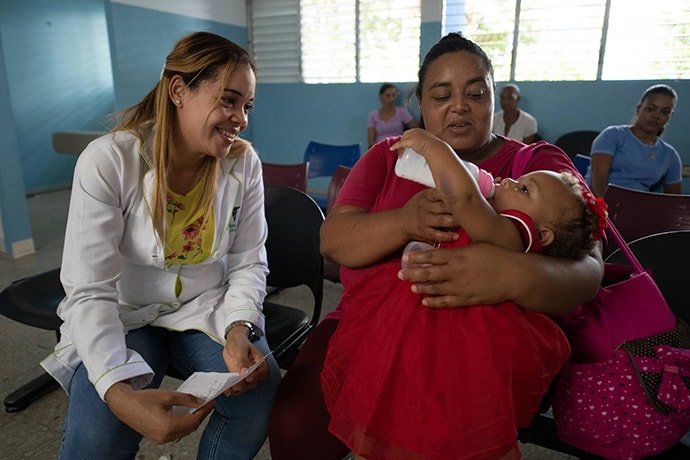 A mother and baby receive care at the Tamboril Municipal Hospital in the Dominican Republic. The hospital is a long-time recipient of Americares aid, most recently benefitting from renovations in the laboratory and on-site pharmacy, as well as mental health and psychosocial support training for staff. Photo by Jeff Kennel/Americares.

On April 4, 1975, the United States initiated Operation Babylift to evacuate thousands of Vietnamese orphans out of Saigon. But the very first flight, carrying 243 orphans, malfunctioned, forcing the pilot to crash-land the plane into a rice paddy. A third of the children burned to death, while many others were critically injured.

When the Pentagon announced that it would be more than a week before the children could be rescued, Bob Macauley, a paper broker from Connecticut, decided that was unacceptable. He immediately cut a check to charter a Boeing 747 to rescue the survivors, taking out a mortgage on his home to do so. The rescue was successful, and within 48 hours, the children were in California. A few years later, Americares was born. END_OF_DOCUMENT_TOKEN_TO_BE_REPLACED